… isn't here on business, baby; only here for fun. 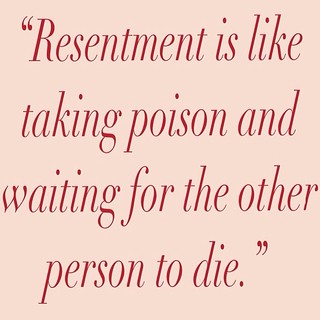 ■ Proverbs 18:11 is … well, a bit out of the ordinary fare of railing against liars, sluggards, and mockers:

11 The wealth of the rich is their fortified city;
they imagine it a wall too high to scale.

Enough with the class-warfare rhetoric, Proverbialist.

■ Reason's Nick Gillespie will tell you, in case you were wondering, Why Net Neutrality Was Mistaken From the Beginning (AOL Edition).

Yet in 2015, despite a blessed lack of throttling of specific traffic streams, blocking of websites, and other feared behavior by internet service providers (ISPs) and mobile carriers, the FCC issued net neutrality rules that gave the federal government the right to punish business practices under Title II regulations designed for the old state-enabled Bell telephone monopoly.

Also: "activists" have hung signs outside Pai's house naming his kids. Classy details at the link.

Here’s what the feminization of the news room looks like: The New York Times — that self-appointed scourge of fake news and the alleged war on science — has published a fawning article about astrology in its news pages. “Leaning on the Stars to Make Sense of the World,” by Alexandra S. Levine, treats Times’ readers to heaping doses of astrological mumbo jumbo: “Saturn’s move from a fire sign to an earth sign next month.” It respectfully conveys astrologers’ hilariously self-important evaluations of their “profession”: “‘It’s so important that we give quality literature, quality interpretation, quality astronomy and astrology,’” says the astrology columnist for Harper’s Bazaar. The article never once asks the obvious questions, including: What is the theory behind astral influence? Do stars emit some physical force, wave, particle, or gravitational field that affects events on earth, and if so, has it been measured? What is astrologers’ ex post facto batting average — how do their daily newspaper predictions stand up? Have they predicted major events with anything other than random success?

I'll take a crack at answering Heather's obvious questions: There's none; no; poor; no.

Heather also has a priceless response to the NYT's admission that horoscopes are "in some cases" fraudulent.

■ I have it on good authority that good Progressives in Cambridge and Beacon Hill have their servants excise Jeff Jacoby's column from their Boston Globe every morning so there's not even a chance that they'll see a heretically unsafe word therein. For example, yesterday's plea to Scrap the Obamacare mandate.

From the outset, Americans across the spectrum resented the notion that the federal government could order citizens to buy something they didn't want — not as a condition to doing something, the way auto insurance is required for those who wish to drive a car on public roads, but simply for being alive. According to an Economist/YouGov survey in February, the requirement to have health insurance or pay a tax penalty was opposed by two-thirds of US adults. In May, a Harris Poll found that 58 percent of the public opposed the individual mandate, with only 24 percent in favor.

I don't care much about the polling numbers, but I'm in full agreement with killing off the mandate. ("Obamacare: an idea so good it has to be mandatory!")

■ Did you like the liberal Russia-collusion mania? Not me! I didn't care for it one bit. But maybe you did. If so, Le·gal In·sur·rec·tion's William A. Jacobsen notes that If you liked liberal Russia-collusion mania, you’ll love Koch-Time freak out. [In case you haven't heard, Koch Equity Development financed Meredith Corporation's purchase of Time Inc.] Jacobson quotes the Blogfather:

The thing is, those magazines and Web sites see themselves, pretty consciously, as a propaganda arm of the Democratic Party. So while nine out of 10 articles may be the usual stuff on sex, diet and shopping, the 10th will always be either soft p.r. for the Democrats or soft — or sometimes not-so-soft — hits on Republicans….

This kind of thing adds up, especially among low-information voters. They may not know or care much about the specifics, but this theme, repeated over and over again, sends a message: Democrats are cool, and Republicans are uncool — and if you vote for them, you’re uncool, too.

Despite Koch Equity Development's claim that they won't have input on "managerial or editorial operations", that's not stopping the "freak-out". Although said freak-out is not without its genuine amusements:

Get ready for next year’s new Time Magazine feature “Person of the Last & Next Century” Ayn Rand @kenvogel https://t.co/UuQ9rIak9E

I know what you're thinking: I wish!

But it's my other devout wish that Progressive pundits would stop referring to the "extreme right-wing" or "radical right" Koch family. A debunking [2016] quote from Jonah Goldberg:

I have myriad problems with [sloppy] usages of “radical right,” but let’s just stipulate for the sake of argument that this is the correct term in such circumstances. How, then, are the Kochs members of the radical Right? They are pro-gay marriage. They favor liberal immigration policies. They are passionate non-interventionists when it comes to foreign policy. They are against the drug war and are spending a bundle on dismantling so-called “mass-incarceration” policies. They’ve never seized a national park at gunpoint.

They are members of the radical Right for the simple reason that they don’t like big government and spend money to make that case.

A point I've made before: when you start calling everything you don't like "fascism", your sloppiness helps the actual fascists.

■ Ah, I hear the Google LFOD alert going off for… hm. An article in Decider recapping Episode Nine of (hopefully only the first season of) the Netflix series The Punisher: Give Me Death.

In this episode of The Punisher, the show takes all the live free or die, molon labe, good guy with a gun horseshit that the kinds of folks who have Punisher window decals with stars-and-stripes or blue-lives-matter patterns superimposed on them espouse and shows them [sic] for what they [sic] are: the ideology of murderers.

Whoa. That's Sean T. Collins typing on his spittle-flecked keyboard there, folks. Not me.

Note to Mr. Collins: buttressing your political hatreds via comic book-based fantasy entertainment is as unsound as your grammar.

Note to New Hampshire drivers: you don't want to cruise by Sean's house with an unobscured state motto on your plate, lest he run out and call you a murderer.