… is your number one fan. 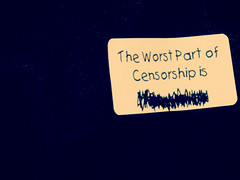 16 Whoever keeps commandments keeps their life,
but whoever shows contempt for their ways will die.

And, as you know, we all die. So what are you gonna do?

■ The so-called "Diversity Lottery" lets in one measly mass-murdering terrorist, and people are all up in arms about it. Sad!

But I remembered reading Peter H. Schuck's book, One Nation Undecided, earlier this year, and he called the Diversity Lobby a very stupid policy. He re-ups in a recent NYT op-ed: Why the ‘Diversity Lottery’ Needs to End.

Almost immediately after the Manhattan terrorist attack on Tuesday, President Trump faulted the “diversity lottery” visa program under which the Uzbek immigrant suspected in the attack entered this country, and laid the blame for the program’s existence on Senator Charles Schumer and other Democrats.

As is often the case, he is wrong on his facts — here, about political responsibility for the program, which has been supported by both parties for over 25 years (though Mr. Schumer has backed getting rid of it). But Mr. Trump is right that these visas are bad policy and that the program should be canceled. Better still, they should be used for other, wiser purposes.

■ An interesting disagreement at NRO on the propriety of "politicizing" current events. Both make interesting points. First up, Jonah Goldberg: Propriety for Thee, but Not for Me? The formula is: (1) dreadful event D occurs; (2) party P near-immediately uses it to advocate A; (3) the other side accuses P of ghoulish how-dare-you "politicization".

This time: D is the Manhattan Bike Path Carnage; P is Republicans; A is "repeal the Diversity Lottery".

A month ago: D was the Las Vegas Massacre; P was Democrats; A was "common sense gun prohibition control".

This is an honest question: Is there a meaningful distinction between the two scenarios? Are there some policy questions that are fair in the wake of a terror attack or mass shooting and others that must be held in check pending a respectful mourning period? Or is “propriety for thee, but not for me” the rule now?

■ David French makes a good point as well: Sure, Go Ahead and Politicize Tragic Events.

I’m just cynical enough to believe that the vast majority of politicians, pundits, and Twitter warriors who demand that we not “politicize” a tragedy are really begging, “Don’t make me talk about my political opinion in an unfavorable environment. Let’s wait until the news cycle passes, and the public moves on.” But perhaps moments when the public is energized and interested are among the best times for politicians to make political arguments. Do it tactfully. Respect the fallen. But make your case.

If only we had politicians who would do that last bit. But we don't.

And: if only we had a citizenry that wasn't easily swayed by whipped-up fearmongering by utterly cynical pols. Don't have that either.

■ And just 90 minutes down I-95, Brandeis University Does the Wrong Thing: University cancels play accused of criticizing Black Lives Matter

Following a flood of complaints, Brandeis University has scrapped plans for the performance of a controversial play on its campus accused of being critical of the Black Lives Matter movement.

The private university announced recently that it had cancelled plans to present the play “Buyer Beware” on its campus after students and alumni complained the production “seeks to vilify” black voices and issued concerns because its script includes a white protagonist who uses the n-word as part of a comedy routine.

The U is named after Louis Brandeis, who (according to Wikipedia) wrote some of "the 'greatest defenses' of freedom of speech and the right to privacy ever written by a member of the Supreme Court."

So maybe Brandeis should change its name to something more appropriate. Bowdler University has a nice ring to it.

■ We're NRO-heavy today, but I wanted to plug Pascal-Emmanuel Gobry's continuing "uncomfortable truths" series. Part two is: The Most Wasteful Health Spending Is Also the Most Popular.

Gather ’round, children, if you want to hear a scary story. Last time around, I pointed out that while everyone “knows” that there is a lot of waste in American health-care spending, we engage in widespread self-deception about the true magnitude of the problem. That half, approximately, of all U.S. health spending is wasted, is simultaneously scientifically uncontroversial, ignored by health-policy experts, and totally absent from public debate.
But that’s not the worst part. In fact, it could be good news in a way: The magnitude of the problem suggests that there’s a lot of room for improvement; more important, if we can only educate more people about the fact, then positive change might be on the horizon.
Fat chance.

Because the two biggest sources of wastefulness in health care are (see if you can guess): Medicare and employer-sponsored health insurance. Both of which are politically nigh-untouchable.

■ An interesting note of how the Overton Window has shifted over the last quarter-century: PBS documentarian (and NH resident) Ken Burns is a solid Democrat. But his 1990 show on the Civil War is now … well, check it out: Shelby Foote’s Civil War History Defends America Against Insatiable Haters Like Ta-Nehisi Coates

White House chief of staff John Kelly’s interview Monday night with Laura Ingraham, in which he expressed the mundane and historically straightforward view that “the lack of an ability to compromise led to the Civil War,” has produced a spasm of simple-minded and myopic commentary. Our intellectual class, unable to think about the war between North and South in anything but the most reductive terms, has decided not only that Kelly suffers from “nostalgia” about the Confederacy, but that Ken Burns and Shelby Foote should be consigned to the dustbin of history.

Specifically, Kelly has been excoriated for daring to call Robert E. Lee an “honorable man” and expressing the same view of the Civil War put forward in Burns’ enormously popular 1990 Civil War documentary. Up until this week, Burns’ series had been a celebrated work—a restored version of the series aired on PBS just two years ago. But now, at least according to Jonathan Chait of New York magazine, Burns’ masterpiece is a “disaster,” mostly because it relied heavily on interviews with Foote.

Sorry, Ken: you're gonna have to redo "The Civil War" if you want to keep up with where your party's headed.

George and Maxine Maynard have what you might call a complicated relationship with New Hampshire's state motto.

And when the U.S. Supreme Court takes up a controversial free speech case next month, the Maynards' decades-old legal battle over the state’s ubiquitous “Live Free or Die” will be back in the spotlight.

It's the story of how George taped over the LFOD motto on his license plate, got ticketed for it, and the case escalated all the way to the United States Supreme Court. And how that case is now cited as precedent for a baker who doesn't want to be forced to bake cakes for same-sex wedding receptions.

George and Maxine are now in their 80s, live in Connecticut, and …

And yes, they also covered up that state's motto -- “The Constitution State” -- on their license plates.