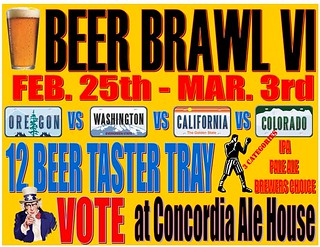 ■ We move ahead (but actually backward) to a new chapter today with Proverbs 20:1:

1 Wine is a mocker and beer a brawler;
whoever is led astray by them is not wise.

By my quick count, there are 16 occurrences of "mocker" in Proverbs. Is there any doubt the Proverbialist was a frequent target of mockery, perhaps by wine drinkers?

■ I've mentioned occasionally that P. J. O'Rourke is editor of the new online magazine American Consequences. You can sign up for the e-mail version, as I did (and get periodic come-ons for investment tips). But their website is free, no paywalls. So (for example) you can read P. J.'s recent essay on Innovations That Get No Respect. This bit is (I'm pretty sure) inspired by the quiche-eating bitter opponents of the Northern Pass power line, proposed to bring Hydro-Québec’s electricity down to the US, through (oh oh) the White Mountain National Forest.

The part of the taken-for-granted infrastructure that fascinates me most is the electrical grid. So many people think phone poles and power lines are unsightly. News for you folks, in the dark everything is “unsightly.”

Don’t bury the power lines, lift them up on high, to remind us of our blessings.

He's a national treasure, insightful, knowledgable, and funny. You can poke around the AC website for more PJ content, but here is a bonus URL: The New Mutant Capitalism.

■ Smart and insightful, but not quite as funny, is @kevinNR, and his insight du jour is that: Trump Didn’t Get Rolled by Pelosi and Schumer. Bottom line:

With no market-oriented health-care reform and no hawkish immigration reform and the prospects of far-reaching tax reform looking shaky — even though Republicans exist for no obvious purpose other than cutting taxes — Trump is still looking for his big win. Even those who were willing to suspend the fully formed adult parts of their brains and give him the benefit of the doubt are coming around to the realization that he has no beliefs and no principles, and that he will sell out any ally, cause, or national interest if doing so suits his one and only true master in this life: his vanity. He didn’t get rolled by Pelosi and Schumer: His voters got rolled by him. That’s the real deal.

■ All the way out in sunny California, Patterico brings the latest news in Expensive New England Higher Education. Middlebury College: Violent Protestors Will Now Decide Who Speaks at Our Campus. Specifically, Middlebury will "consider canceling" any and all events if they feel there's a "imminent and credible threat" of a violent protest. Patterico (correctly) sees this as implicitly disfavoring conservative/libertarian speech, because violent protests overwhelmingly come from the left.

The worst thing about this is the incentive it creates to threaten and engage in violence. One thing the right finds frustrating about the left is the left’s seeming inability to understand the concept of incentives. What do you think leftists hear when you tell them that the more violence they threaten, and the more violence they engage in, the greater chance they have of getting a conservative speech cancelled? They hear this: if you threaten violence, and engage in violence, you will win.

■ Joseph Bottum has a pretty good one-line review of Hillary Clinton's campaign memoir: She Doesn’t Understand How Bad She Was, And Still Won’t Go Away. But he probably had to pad that out a bit to get the Washington Free Beacon to pay him for his thoughts.

Almost no commentator, no reviewer, has mentioned the most newsworthy fact about Hillary Clinton's latest memoir—which is the near total lack of anything actually newsworthy in the book. With What Happened, Clinton would at last "let down her hair," Simon & Schuster's publicists loudly proclaimed before the book's publication. And that was the line dutifully repeated by reporter after reporter, as though it were a fact. As though, coming from Clinton's people, it didn't need to be checked or reported with even the slight distancing of "Hillary Clinton says she's let down her hair in her new book."

Bottum concludes, at bottom: "Maybe the best way to look at her new memoir is that the book represents a determined, powerfully willful effort not to understand just how bad she was."

Bernie Sanders made a splash by promising free stuff to kids and now with his "Medicare for All" proposal he is promising free stuff to everyone. OK, "free-ish" in the sense that no one knows who is paying for it but Democrats assume it will be Somebody Else, presumably Mitt Romney and his kids. Or other sinister rich people. Whomever.

The whole healthcare "system" sometimes seems like an elaborate scheme to disguise (1) from whom the money comes from, and (2) to whom it goes.