May be too intense for some viewers. 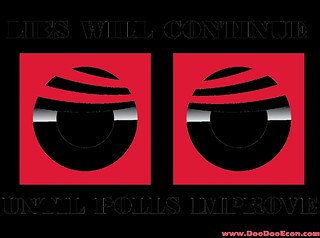 6 A fortune made by a lying tongue
is a fleeting vapor and a deadly snare.

Oh, yes: they had those guys too, back in Ancient Israel.

■ Holman W. Jenkins, Jr. notes The Great Nazi Scare of 2017 at the WSJ. An honest look at recent demonstrations.

Well, that was a bit embarrassing. Antifascist liberals mounted thousand-strong counter-rallies all weekend against a Nazi threat that proved nonexistent or thin on the ground. Leftists imagined themselves to be modern-day versions of the Czech resistance or the Warsaw uprising, but it turns out they were the majoritarian mob shouting down a handful of losers who’ve been an execrable but small part of the American pageant for as long as most of us can remember.

■ At NR, Michael Tanner nails The Problem with the ‘Otherwise, People Will Die’ Argument for Big Government.

His key point: "Economic growth does more to save lives than any government program ever could." We ignore that truth at our peril.

■ And our Google LFOD Alert was active over our hiatus. For example, at Reason, Scott Shackford wants you to know the Reason Foundation Supports Florists, Bakers in Gay Wedding Case Before Supreme Court. What's the LFOD connection?

[The Reason Foundation's Supreme Court amicus] brief argues the government is using anti-discrimination laws to compel business owners to participate in same-sex wedding ceremonies, regardless of their religious objections. The lower courts have determined that providing cakes and flower arrangements does not "endorse" same-sex marriage. The brief asks the Supreme Court to reconsider this attitude and argues that these businesses are being ordered to put their stamp of approval on a concept (same-sex marriage) to which they object. The brief uses Wooley v. Maynard, where the Supreme Court previously ordered that New Hampshire couldn't force citizens to display the state's motto on their license plate if they objected to the statement "Live Free or Die"[.]

If you can't compel my fellow Granite Staters to brandish the LFOD motto on their cars, how can you justify forcing bakers and florists to furnish their services in explicit celebration of an ideology with which they disagree?

■ Wired teams up with Disqus to perform a data-driven exercise, analyzing "toxic" comments left on blogs, magazine articles, etc.: The Great Tech Panic: Trolls Across America. Vermont, for some reason, is the trolliest state. But:

Right next door, though, the home of “Live Free or Die” takes the prize for being the least toxic state in the US.

I've said this before, but: if you feel the need to make a comment on a Pun Salad article, (1) do it on your own blog, and (2) optionally, let me know about it.

Starting in 2003, freedom folk from as far away as Russia began moving to New Hampshire. Concentrated – yet spread across – the “Live Free or Die State,” roughly 2,000 of these liberty refugees have moved here so far with another 18,000 pledged to do so. Free stater migrants currently hold around 15 seats in the legislature and have already passed legislation protecting crypto businesses from government attack.

It's been a while, but the story of Mike Fisher's libertarian guerrilla action is told:

He wrote state bureaucrats telling them he would appear on a given date outside the Board of Barbering and begin filing peoples’ nails without a license. He said he would continue doing so until arrested. A crowd of about 20 supporters and journalists watched as officials came, went and begged him to stop. Eventually Concord police cuffed him, introduced him into a squad car. Incarceration, court and ultimately a lengthy but suspended jail sentence followed. The event triggered positive media coverage in nearly every New Hampshire media outlet, a political cartoon in the Union Leader and a bill in the state legislature restricting the Board of Barbering.

I'm not as libertarian as those guys, but it's an interesting article.

■ Also ringing the LFOD bell is an LTE in the [Charleston SC] Post and Courier from Richard H. Gross, M.D. on MUSC physicians. And it starts off … confusingly:

The “RVU” quota being pressed on current MUSC physicians is an unfortunate culmination of the increasingly corporate influence on medical practice.

Well, Google is still my friend. "MUSC" is the Medical University of South Carolina. "RVU" is Relative Value Unit, a delightful coinage made necessary by our semi-Stalinist "system" of medical care: a "measure of value used in the United States Medicare reimbursement formula for physician services."

Anyway, for doctors employed by health organizations accepting Medicare payments, it's predictable that their value might be judged according to the RVUs they bring in (whether from Medicare or not). So, Dr. Gross observes:

The profession of medicine had traditionally allowed one the freedom to explore, create, and serve the community. That freedom is succumbing to corporate/institutional pressure on physicians to produce revenue. Choices like the ones facing MUSC physicians do not quite get to the extreme of the New Hampshire motto, “live free or die”; the person lives – but the soul may die.

■ And at the Union Leader, NH State Rep Mike Moffett looks at How John Stark saved America at Bennington. A gripping story of military leadership.

Stark’s untrained and undisciplined troops were comfortable in the woods and confident in their leader. Knowing his men’s limitations, Stark ingeniously split his forces to outflank [Hessian Lt. Col. Freidreich] Baum. The subsequent battle resulted in Baum’s death, along with 200 of his men. Stark captured almost a thousand prisoners.

'Tis good to learn about the man himself.