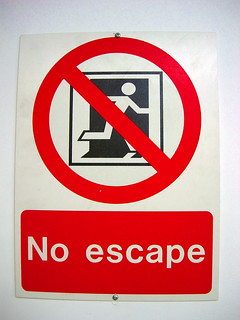 9 Whoever would foster love covers over an offense,
but whoever repeats the matter separates close friends.

… but, in essence, I think it expresses the notion "We'll let this slide this one time, buddy… What, again?!"

In that, it's a very Old Testament thing. Compare and contrast with Luke 17:4:

4 Even if they sin against you seven times in a day and seven times come back to you saying ‘I repent,’ you must forgive them.”

That's Jesus for you. A forgiving guy. Usually.

■ We might wish that "tax reform" would sweep away vast numbers of social-engineering gimmicks in the tax code, but alas (as related by Christian Britschgi at Reason), the Final GOP Tax Bill Retains Tax Credits for Wind Energy, Electric Cars.

It's hard as hell to get rid of a government handout once it's been established. The beneficiaries, concentrated and organized, will fight tooth and nail to keep any program that lines their pockets. The mass of taxpayers, by contrast, have little incentive to go to war over a few dollars off their paycheck.

These programs overwhelmingly benefit the already well-off, but the silence from the usual class warriors is predictably deafening.

“Liberals and progressives can be quick to call attention to many privileges, but one that often goes unrecognized is centrist privilege,” Matthew Q. Joy writes in a piece titled “Centrism is a privilege” for [Chapman University's] official newspaper, The Panther.

“In a political environment that receives criticism for polarization, it has become almost honorable to self-describe as a ‘moderate’ or a ‘centrist,’” Joy continues. “While there is value in recognizing opposing viewpoints and reaching compromises, the Republican Party has become too conservative for this to be possible.”

According to Joy, “liberals who follow the moderate, compromising path — as opposed to holding steadfast progressive values — quietly benefit from the struggles of countless Americans:”

“Centrism is as vile as right-wing conservatism, but it contains the additional atrocity of having no social consequences for holding views that leave fellow Americans at a disadvantage. This creates a type of privilege. . . . Just as progressives denounce white privilege, it is time to denounce centrist privilege.”

"Vile" indeed. Your call on whether to be amused or depressed by Mr. Joy's ideological stylings.

As Martha and the Vandellas noted nearly 53 years ago: you've got "Nowhere to run to, baby, nowhere to hide".

■ In a refreshing change of pace from the usual higher-ed censorship, Cornhusker U has martyred a local left-winger. But the Foundation for Individual Rights in Education is on the case: FIRE asks University of Nebraska-Lincoln to reinstate graduate student. What happened?

Members of the UNL chapter of Turning Point USA were recruiting for their group outside of the so-called “free speech zone” and were approached by a UNL employee who threatened to call police on the group unless they moved to the free speech zone. The employee also said that students were not allowed to hand out “propaganda.” UNL officials later clarified that UNL does not maintain an official “free speech zone.”

After a few hours of tabling, counterprotesters amassed near the TPUSA chapter’s recruitment event. One of those counterprotesters was Courtney Lawton, a graduate student in UNL’s English Department. Video of the interactions between the counterprotesters and TPUSA students emerged in which Lawton can be seen calling a member of the TPUSA student chapter a “neo-fascist” and alleging the student intended to “destroy public schools, public universities,” and “hates DACA kids.” Lawton showed her middle finger while holding a sign that read “Just say No! to Neo-Fascism.” Lawton also called a TPUSA student a “Becky,” a word some view as a derogatory name for white women. After video of the encounter was made public, UNL removed Lawton from her teaching position and reassigned her to a non-teaching role.

Not just reassigned, but "released from employment completely" come June. The matter has also claimed the jobs of two public relations people.

FIRE has been accused of being in the tank for right-wingers, but it really does support free expression on all sides.

“How did the bombs drop out of the bomber doors and fall toward the Dreadnaught if there’s no gravity in space? It just doesn’t make any sense,” Marion wrote of the film that featured good and evil space magicians fighting with their minds. “If Disney thinks they can get away with this kind of stuff, they’ve got another thing coming.”

Observation: Avoiding Last Jedi spoilers while web-surfing is as tricky as Han Solo dodging asteroids while being pursued by Tie fighters in The Empire Strikes Back.