Here endeth a reading project I undertook back in 2004 (pre-blog!): reading all of Isaac Asimov's solo science-fiction novels. This involved a lot of re-reading, but that's OK. I had not previously read Forward the Foundation, though. Bottom line: it is surprisingly good.

I say "surprisingly" because I've never been a huge fan of Asimov's fiction style: which (back in 2005, and probably many times since) I've characterized as "advances the plot mainly via conversations between characters; very little 'action'." That's considerably less true here. And the conversations are less stilted.

This was Asimov's last novel, posthumously published in 1992. Appropriately, the structure is similar to 1950's Foundation: essentially, four novellas, each set years apart; the time covered is from the end of Prelude to Foundation to just before Foundation. The overarching theme is Seldon's struggle to develop his study of "psychohistory" into a tool that can be used mitigate the inevitable fall of the Galactic Empire, shortening the subsequent barbarous interregnum from 30 millennia to just one.

There was a lot of nostalgia for me. Remember, I read (and re-read) the original Foundation Trilogy when I was an easily-impressed youngster, as well as the Robot yarns. I'm not ashamed of my happiness at seeing old fictional friend R. Daneel Olivaw one last time. And I got a certain frisson from the passage where Seldon learns of an uninhabited "suitable world" at the edge of the galaxy, visited only by unmanned probes: "Those who sent out the probes named it Terminus, an archaic word meaning 'the end of the line'."

Amusing turnabout for fans who recall the Salvor Hardin quote from Foundation: "Violence is the last refuge of the incompetent." Oft tediously deployed by pacifists. Here, Seldon's bacon is saved numerous times by timely violence. Maybe an Asimovian attitude shift there.

This book is also notable for the pervasive grim theme of loss and mortality. Seldon says goodbye to a lot of characters here, and is very lonely at the end. I'm no shrink, but I guess Asimov knew he wasn't long for the world himself while he was writing the book (he contracted HIV 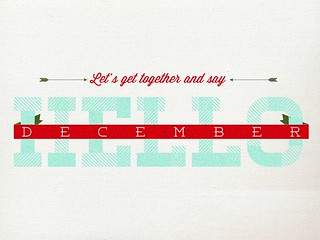 ■ Proverbs 18:15 is an anatomy lesson for learning:

15 The heart of the discerning acquires knowledge,
for the ears of the wise seek it out.

And the eyes of the wise peruse the writings of the prudent. Which brings us to:

The belief that GDP growth or this month’s jobs report provides a meaningful judgment on the performance of the president isn’t economics — it’s superstition. It is the modern version of the ancient belief that a crop failure means that the king has displeased the rain god or the wheat goddess. It is a primitive disposition from which we should liberate ourselves — and could, if we were willing to do the hard work of citizenship rather than take our ease in lazy partisanship.

I suppose, arguably, that Trump could have put the economy into the ditch. I'm glad he hasn't, at least not yet. He hasn't done anything for the long-term outlook, though. Which is terrible.

■ Also at NRO, David French has a reasonable request: Stop Misrepresenting Masterpiece Cakeshop. The specific example dissected: a recent op-ed by Jennifer Finney Boylan in the NYT, which accusing the cakeshop owner, Jack Phillips, of "discriminating against a protected class."

Here’s the problem. If a writer squarely addresses the argument that Phillips actually makes, then she will soon run head-on to a sobering constitutional reality. Sexual revolutionaries are asking the Court to overturn generations of constitutional precedent to allow the state to compel American citizens to advance ideas they find reprehensible.

Boylan claims that Phillips is seeking special religious exemptions. To the contrary, sexual revolutionaries are seeking exemptions from the Constitution. They believe that same-sex marriage is so precious that even artists can be conscripted into the ceremony — despite their deeply held beliefs. They believe that the cost of entering the marketplace is not just the loss of your distinct artistic voice but the commandeering of that voice by your ideological foes to advance their ideological interests.

Progressives love to push people around who don't agree with them. Or get the state to do it.

■ That (at least) was an op-ed. But the NYT doesn't have any problem with sloppy thinking in its ostensible "news" articles either. Jacob Sullum at Reason takes 'em to school: Declining to Bake a Gay Wedding Cake Is Not the Same As Banning Gay Marriage.

Next Tuesday the Supreme Court will hear Masterpiece Cakeshop v. Colorado Civil Rights Commission, which poses the question of whether the government violates a baker's right to freedom of speech when it compels him to produce a cake for a gay wedding despite his religious objections to same-sex marriage. Like most (all?) libertarians, I think this sort of coercion is wrong, although I'm not sure the relevant right is freedom of speech. The principle also could be described as freedom of religion or freedom of conscience. At bottom, as Scott Shackford has observed, the dispute is about freedom of association and freedom of contract. But one thing should be clear: It is the government, at the behest of an aggrieved gay couple, that is initiating the use of force. It is the baker, Jack Phillips, who is asking to be left alone. The question is whether he has a right to expect that—or, to put it another way, whether the government's use of force is justified.

If you click over to read the article (as you should) you might notice Pun Salad as a contributor to Reason's yearly webathon on their donation widget at the top of the page. (Even though I am now one of the ElderlyOnAFixedIncome.) I encourage you to consider doing the same.

■ At the [probably paywalled] WSJ Roger Kimball asks the musical question: If We Love Democracy, Why Does ‘Populism’ Get Such a Bad Rap?

It is curious how certain words accumulate a nimbus of positive associations, while others, semantically just as innocuous, wind up shrouded in bad feelings. Consider the different careers of the terms “democracy” and “populism.”

To modern ears, “democracy” is a eulogistic word. It produces pleasant vibrations. People feel good about themselves when they use it. “Populism,” just the opposite.

I recall feeling the same way (a long time ago) about Marx's use of "exploitation", when it turned out to mean "paying people market wages". So that's a bad thing?

■ My Google LFOD alert was triggered by Paula Werme's letter in the Concord Monitor, complaining of an Unconstitutional search.

I received the following letter from the town of Boscawen: “The town of Boscawen has contracted Avitar Associates of New England to conduct a data verification process. . . . At this time, Avitar is scheduling appointments for interior (house) inspections. . . . Please call during the times specified below to set up an appointment to view the interior of your property.”

It is a very cleverly worded letter designed to get you to “call for an appointment” – i.e. consent – to an outrageous unconstitutional search of your entire home. Apparently, this company is in business solely to violate my constitutional rights and the rights of fellow citizens. Apparently Boscawen is also not the only town in New Hampshire to use this firm to violate home-owner rights, as someone told me that these interior inspections are common in her town.

Has the Fourth Amendment been suspended? Does the town up my assessment based on my refusal to have anyone enter my home? How much am I paying in taxes to have this agent of the town enter various homes for purposes of “assessment” in violation of homeowners’ Fourth Amendment rights? We are in the Live Free or Die state. Taxpayers everywhere need to pressure towns to stop outrageous and invasive “interior inspections.”

We fought a war over this. Have some respect for those who died for these principles.

Unfortunately, LFOD doesn't apply to NH property taxes, at least not presently. The Institute of Justice tried to fix this back in 2004, and the sad result is described here. (Painful section heading: "New Hampshire: Live Free or Die Except When the Government Wants Into Your Home")