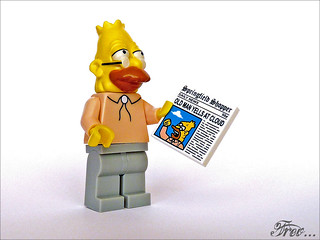 ■ The Proverbialist gets metaphorical in Proverbs 18:4:

4 The words of the mouth are deep waters,
but the fountain of wisdom is a rushing stream.

Actually, I'm relatively sure that the words of the mouth can be, and often are, very shallow waters. And wisdom deserves to be perused and contemplated, just as a rushing stream typically isn't.

■ At NRO, Henry Olson wonders: What Happened to the ‘Libertarian Moment’? And there's a University Near Here connection:

In our book The Four Faces of the Republican Party (2016), University of New Hampshire professor Dante Scala and I looked at 20 years of exit-poll data to discern what Republicans believed. We found that at most one in six could be called liberty-minded conservatives, people who wanted both smaller government and lower taxes and made that their principal priority. These voters, whom we called “very conservative seculars,” were the smallest of the GOP’s four factions and had been since at least 1996, when our data series began. Their favorites for the nomination, candidates such as Steve Forbes and Fred Thompson, always lost, and usually quite early, as the favorites of the other GOP factions trounced them in the early states, where momentum is built.

And in 2008, I enthusiastically voted for Fred Thompson (who wound up losing to McCain, only getting 1.2% of the vote).

And, as I've done many times since, I took a deep breath, and thought to myself: "Oh well. If I can't win, I guess I'll just have to settle for being right."

■ Charles Manson finally kicked the bucket yesterday, and Roger L. Simon has a sendoff and meditation: Charlie, the Monster, Is Dead — Was My Generation Insane?

For many of us who have resided a long time in Los Angeles, it feels as if this monster has been with us all our lives. He is the dark side of this city personified, but even more the dark side of our generation, the dark side of hippiedom -- turn on, tune in, drop out, taken to its bloodiest extreme.

And here's a haunting fact. The murderous rampage that took seven lives at the homes of actress Sharon Tate and director Roman Polanski, himself back in the news for his own repellent activities, and then supermarket exec Leno LaBianca and his wife occurred in August 1969 -- 48 years from today, but only 24 years from the liberation of Auschwitz. It was considerably closer to Nazi times than to ours.

For those who think we live in exceptionally crazy times: you either weren't around for the late 60s, or you don't remember them well.

■ Sarah Hoyt has an observation about you. Specifically: You're Making Social Engineers Cry. She made this observation based on "The Global Gender Gap Report 2017" from the World Economic Forum.

Pardon me if I didn’t carefully read the entire report. Even as a science fiction writer, I have trouble swallowing more than three unsupported assertions or outright lies in a paragraph.

Ms Hoyt's essay is a tour de force of refutation, so check it out.

■ It's a challenge to myth-bust in a single tweet, but Mark J. Perry manages it, I think:

Ponder This Chart: The share of US households making $100K or more (in 2016 dollars) has increased more than 3X over last 50 years, from 8.1% in 1967 to 27.7% last year. Middle class is disappearing, but into higher income groups. pic.twitter.com/kaht0mSwCy

The only possible criticism is the chart's implication of a zero-sum "fixed pie" over the decades. But show this to anyone lamenting the "disappearance of the middle class".

[Click through to see it bigger. MPR is my current favorite editorial cartoonist.]