Fun for the whole family, except … 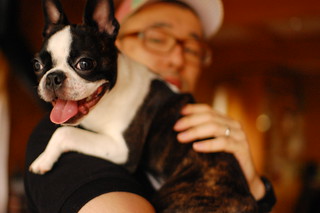 28 Love and faithfulness keep a king safe;
through love his throne is made secure.

Yet another Proverb with implications for President Trump. Donald, you need to concentrate more on that love and faithfulness stuff!

Or, you could do what most Presidents do, and just get a dog.

■ Dan McLaughlin, the Baseball Crank, writes at NRO with advice, not to kings or presidents, but to Progressives who (a) exaggerate the influence of the alt-right, and (b) slag conservatives who aren't part of the alt-right at all. Here's How Not to Marginalize the Alt-Right:

Efforts to paint such sites as the Federalist and the Daily Wire as alt-right propaganda outlets inevitably devolve into a “marginalize the mainstream” drive, and vividly illustrate why so many conservatives feel that invitations to “national conversations” about race relations are just a plan to sandbag them in bad faith. “They’re going to call you that anyway” is the siren song of the alt-right, and one that seduced all too many on the right into excusing Trump’s sins in the 2016 campaign. It’s why those of us who’d like to seek out common ground and practical solutions on these kinds of issues keep getting drowned out by flag protests and glowing amulets.

Actually, I'd love to see just one Progressive call for a "conversation" that wasn't made in bad faith.

■ Via Instapundit and Granite Grok, here's Derek Hunter at the Daily Caller with a sad but predictable story: Apple VP Of Diversity Apologizes For Suggesting Diversity Of Thought Is Important.

Apple’s Denise Young Smith, the newly minted Vice President of Diversity at the tech giant, has caused outrage in the industry over comments she made in defense of diversity of thought. Silicon Valley has been in an all-out push to bring in more women and minorities, so when Smith said, “I focus on everyone. Diversity is the human experience,” without focusing specifically on race or gender, liberal publications criticized her.

Smith ultimately apologized for the sentiment.

Ms. Smith accidentally tried to speak truth to power. She tried to have a "conversation". It didn't work out, because "diversity" is all about pigeonholing people by DNA. Saying anything outside that narrative framework will get you shot down faster than a drone over the White House. DNA über alles!

■ An interesting article from Shai Shapira at Quillette: Universal Basic Income and the Threat of Tyranny.

There has been criticism of the idea, but so far the debate tends to focus on two issues: the economic reasoning behind a universal basic income, and the ethics of allowing a majority of non-workers to live off the fruits of the labour of a small minority. What is not discussed enough, however, are the political implications–what would a universal basic income do to the relations between citizens and government. Because when we examine historical trends in politics and economics, we can spot a basic pattern: political rights are strongly correlated with economic participation. Societies where the state economy depends on small inputs from many different citizens tend to give their citizens significantly more rights, including the right of participation in the government itself. Societies where the state economy comes from natural resources, or other sources that require only a small, fixed number of people to defend or maintain them, tend to develop autocratic regimes with little concern for the welfare of their citizens.

An intriguing point. Norway is brought up in the comments as a counterexample, but that's arguable.

■ And your tweet du jour from Mark J. Perry:

Unfortunately cut off on the left and right, but you get the gist.