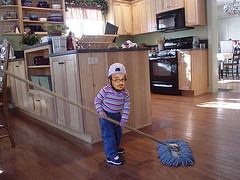 I've added a new "view" to Pun Salad over there on the right—no, your right: "Geekery" joins the longstanding views "Books" and "Movies".

I use views to separate out posts that might not be of interest to Pun Salad's normal readers: the Geekery view will be used to describe various adventures in scripting, Linux administration, and whatever else that might vaguely fit. It probably won't be high volume; I went back and reclassified some older posts as Geekery, and there were only 21. Over a twelve year span, that's not very many. But now that I have a place for them, I may do more.

25 It is a trap to dedicate something rashly
and only later to consider one’s vows.

… but do you think it's possible that the Proverbialist didn't always get along well with Mrs. Proverbialist?

It takes as little as a flyer, a speech, a newspaper article, or a comedian to trigger calls for “hate speech” bans on college campuses. Considering that many college students support the prohibition of hate speech, let’s imagine if the would-be censors got their way — what would our society look like?

First, we must acknowledge that, in the United States, hateful speech is fully protected by the First Amendment. There’s no “hate speech versus free speech” debate raging in our nation’s judiciary. Nor is there a balancing test, an exemption, or a special constitutional provision allowing the government to prohibit it — hateful speech is categorically protected in our nation, including at public colleges and universities, and that’s not changing anytime soon.

Zach's article is a tour de force, and while "read the whole thing" is usually an implied suggestion here, I'll make it an explicit suggestion in this case.

■ For example, even though I'm a generally libertarian sort, I'm prepared to advocate that all college students be required to read Zach's article and pass a test on the content. Because I keep reading about things like this (from Stanley Kurtz at NRO): Campus Chaos: Daily Shout-Downs for a Week. Yes, daily. Just one example:

Tuesday, October 10: Tuesday night, student protesters at Columbia University shouted down and largely stopped a talk via skype by Tommy Robinson, the controversial former leader of the English Defense League. Invited to the event by the Columbia College Republicans, Robinson is not my idea of an ideal speaker. Given their beleaguered state, I can understand why campus conservatives might turn to provocateurs like Robinson. Even so, I don’t think it was a particularly inspired choice. That said, the Columbia College Republicans made it clear that they weren’t endorsing Robinson. And of course they have a perfect right to invite whomever they want. The leftist shut-down of Robinson’s talk was an outrage. Students blocked entrances to the speech, shouted over Robinson, then stormed the stage and forced him to abandon his talk. After it was over, Columbia College Republican President Ari Boosalis told Campus Reform, “I’m very depressed with how the event went. I realize free speech is dead.”

Is it time to invoke anti-Ku Klux Klan laws to restore campus sanity?

■ And, if anyone needs reminding, Trump is still a dangerous Constitution-shredder when he mutters about retaliating against news organizations who write stories he doesn't like.

Ah, but (you say) maybe he wasn't serious. David Harsanyi's answer to that: Even If Trump's Threat Against NBC Isn't Serious, It's Still Destructive. Bottom line:

The entire "fake news" outrage—from Trump's usage of the phrase to the Facebook presidential election scare—is an excuse for someone to limit speech. No, it doesn't matter if most journalists now lecturing you about the First Amendment are a bunch of enormous hypocrites. Nor does it matter that their biased coverage has eroded your trust. There is a bigger marketplace for news now than ever. Don't watch NBC.

But even if you're not idealistic about free expression, it might be worth remembering that any laws or regulations you embrace to inhibit the speech of others, even anchors reporting fake news, could one day be turned on you. This is the lesson big-government Democrats and Republicans never learn.

Why does this lesson continue to need relearning?

■ But not everything Trump does is clumsily authoritarian. Good news on that front from Michael F. Cannon at Cato: Trump Executive Order Could Save Millions from ObamaCare.

President Trump today signed an executive order that urges executive-branch agencies to take steps that could free millions of consumers from ObamaCare’s hidden taxes, bring transparency to that law, and give hundreds of millions of workers greater control over their earnings and health care decisions.

Schadenfreude isn't the noblest emotion, but it's pretty delicious to hear all the whining from the Obamacare cheerleaders.

■ An amusing memory-holing of an embarrassing sponsor: NPR Says Russian Software Company Behind Hacks Is No Longer a Corporate Underwriter

National Public Radio told the Washington Free Beacon that the Moscow-based software company Kaspersky Lab, which was used by hackers to steal classified documents from the National Security Agency, is no longer one of its corporate underwriters.

Gee, does this mean I can't call NPR "Commie Radio" any more?

To its credit, a simple Google search reveals that NPR's news branch has been reporting on Kaspersky's shadiness for years, and has been diligent about mentioning Kaspersky's NPR sponsorship in those reports.