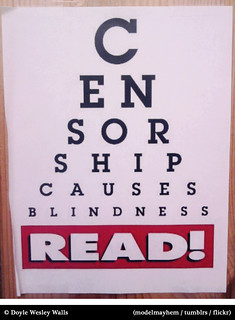 Although Mrs. Salad and I have both retired from the University Near Here, we still get into campus now and then. On a recent trip I picked up the October 5 issue of the student newspaper, which can sometimes be entertaining, in an infuriating way. And there was a considerable amount of that in the issue.

The lead article on page 1, "UNH drafts social media standards", describes an effort to craft additions to the student rulebook relevant to Facebook, Twitter, et. al. We're informed that a draft policy exists, it was submitted to the Student Senate", and a final version "is expected to be available within the next few weeks."

But as near as I can tell, the draft isn't available for mere mortals to view. One of the drafters, Charles Putnam ("Clinical Professor of Justice Studies and Co-Director of Justiceworks"), provided a needle-threading description:

The policy articulates guidelines the university encourages students to follow on social media. Within the document are policies that, without breaching the First Amendment rights of students, hold students accountable for what they post on social media. Finally, there is a procedure that outlines what happens if faculty, staff, or students bring evidence of violations of the policy to the administration, according to Putnam.

Despite the First Amendment genuflection, I can only read this to mean that UNH is looking for additional ways to punish students for "violations" that the local chapter of the Red Guards fellow members of the UNH community decide to report to the authorities. And they will be held "accountable", which is a euphemism for "punished".

But the draft needs work, according to some. For example, student Elena Ryan ("Community Development Chairperson" for the Student Senate):

At its current state, Ryan believes the draft needs more explicit guidelines and procedures before it can become policy. Specifically, it needs to, “mention racism and other forms of discrimination,” Ryan said. “The policy right now is basically just encouraging students to be respectful and that’s not enough.”

"Not enough." Clearly, Elena wants UNH to have more power to punish students who post content she deems to be racist (or, vaguely, exhibit "other forms of discrimination").

Also on the "not enough" side is Jhenneffer [sic] Marcal (chair of the "Diversity Support Coalition"):

“It needs a lot of work,” Marcal said, due to the general wording of the clause and the possibility of loopholes. “When you talk about career development, we always talk about how you present yourself through social media is very impactful on your future, so why wouldn’t an institution such as UNH have a policy that would hold students accountable?” Marcal said.

"Loopholes" no doubt refers to those pesky First Amendment issues. But note the non sequitur at the end. Yes, your future prospective employers may look at the stupid, drunken, offensive posts you made to Facebook when you were in college and decide to file your résumé in the nearest wastebasket.

But what does that imply for UNH? Nothing. UNH has First Amendment obligations that don't apply to private employers. Jhenneffer either doesn't understand this, or she wants to fast-talk her way around this.

Fortunately, there are still some voices of sanity at UNH—even though I'm retired, heh—and (to its credit) the student newspaper reporter tracked down one of them, Dan Innis ("Chair of the Faculty Senate and Professor of Hospitality Management and Marketing"):

The article refers to a Faculty Senate motion on the subject, passed last month: "on a model of mutual respect". I really like this paragraph:

An environment of mutual trust and respect is necessary if an institution seeks to act with integrity. They are prerequisites for open communication and honest dialogue about the values, goals and expectations held by the institution and its members. Trust and respect require freedom of expression without fear of retribution, institutional or otherwise. Respect for the diversity of persons, ideas and choices differing from one's own strengthens and supports the culture of the university. Establishing and supporting a diverse community encourages discovery and creativity. Both respect for individuals and respect for institutional values involves balancing the claims of personal autonomy with the goals and mission of the institution. All members need to be alert to prevent the power structure of the classroom and the university as a whole from suppressing beliefs and practices. If trust should break down, we need to explore the reasons for the breakdown and identify ways for the community to rebuild trust among its members.

Corollary: It is not a sign of "respect" to have a student brought up on charges before an academic Star Chamber because they tweeted something that hurt your feelings.

There's another article in the newspaper just below this one that I might rant on as well… Maybe tomorrow, for Columbus Day Indigenous People’s Day.