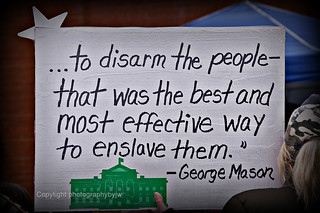 ■ Proverbs 20:20 doubles down on that Fourth Commandment (Lutheran Numbering):

20 If someone curses their father or mother,
their lamp will be snuffed out in pitch darkness.

… and Mom and Dad will probably be there to light it for you again. That's what they do.

■ A lot of things are predictable following a mass shooting, and one of them is the claim that the NRA spends an unusual amount of money to keep pols in their back pocket. @JonahNRO dubunks that: Politicians and Guns: Follow the Votes, Not the Money.

Oh, it’s certainly the case that the NRA and related groups have given a good amount of money to Republican politicians (and quite a few Democrats) over the years. But in the grubby bazaar of politician-buying, the NRA is a bit player.

Consider that $3.5 million in donations over nearly 20 years the Washington Post made such a fuss about. According to Opensecrets.org, the legal profession contributed $207 million to politicians in 2016 alone. Fahr LLC, the outfit that oversees the political and philanthropic efforts of billionaire anti-global-warming activist Tom Steyer, gave $90 million (all to Democrats) in 2016.

We talked about this yesterday too; I guess the issue strikes a chord for me. Yesterday, I claimed "ideological bias" was the cause of the differential treatment of the NRA vs. "Progressive" organizations doing comparable things. Jonah is more specific:

Part of the problem, I think, is that people who hate guns and gun rights cannot believe that people disagree with them in good faith. There must be evil motives, chiefly greed, that explain everything.

I think that's on the right track. For all the Progressive disdain for "moralism" and "hate", they are (a) pretty moralistic themselves, and (b) their hatred is all the worse for their being unaware of it.

Last night I was supposed to participate in a panel at my alma mater, American University, on feminism, free speech, and Title IX. My co-panelists were to include a former president of the American Civil Liberties Union (ACLU), the current head of a group that fights for students' rights, and two staffers from the British website spiked—not what you might think would be a controversial lineup. But in the days leading up to the event, the AU chapter of American Association of University Women organized a campaign to "Keep Our Campus Safe," describing the panel as "hate speech" and "violence" designed to undermine "decades of work... to make campuses safer for victims of sexual violence."

To adapt a Monty Python quote, the AAUW was not only proud of getting the event killed, they were smug about it:

We are STOKED to announce that the Unsafe Space Tour has been canceled at AU! In their words, they,“got word of...

Posted by American Association of University Women at AU on Thursday, September 28, 2017

University Women … being married to one, I better not say much more. I don't want to put myself in an Unsafe Space.

For all the analyses of President Donald Trump’s tax plan, one big factor is missing for a final assessment. Once we’ve lost some revenue, which taxes will need to rise in the future? In other words, the plan is really a (less glorious) tax shift rather than a tax cut.

In the absence of spending cuts, government spending has to be paid for by someone at sometime. Tyler is not optimistic that the results from travelling down the GOP's proposed road will be rosy.

■ At City Journal, Theodore Dalrymple hits an Orwellian (as in "Politics and the English Language") theme: The Devil’s in the Diction.

Some words in the press are used not only for purposes of shorthand but also as Pavlovian bells to get the ideological saliva running. They have only to be printed or uttered for thought to cease, and since thought is often painful and poses the danger of arriving at unwanted conclusions, such words offer protection against such pain and discomfort. Among them, for certain people, especially in Europe, are poverty, liberalism and austerity (the list is far from exhaustive).

"Liberalism" means something different in the Old World than the New. It would be nice if we could get that word back again.

■ The Google LFOD alert rang for an article in Crux, a Catholic news site: New Hampshire front at Rome’s child safety summit: ‘We can do something!’

New Hampshire is the lone state among the original 13 American colonies in which no Revolutionary War battle was fought, but militias from the “Live Free or Die” state did play key roles in several turning points in the struggle for independence, including helping the Continental Army win the Battle of Saratoga.

To be honest, the LFOD invocation doesn't do much here; the sentence reads just fine without it.

I guess the raid on Fort William and Mary doesn't count as a Revolutionary War battle, but that's OK.

Oh, and if you want to read about the child safety stuff, click on over.