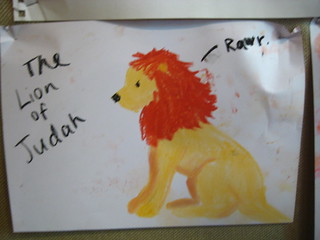 16 Take the garment of one who puts up security for a stranger;
hold it in pledge if it is done for an outsider.

Nope, not getting much besides a general warning about loans made to people you don't know.

Interestingly, King James renders the NIV's "outsider" as "a strange woman." That offers up additional possibilities for interpretation.

■ Sheldon Richman, writing at Reason, has a bold proposal: By All Means, Let's Take Politics Out of Sports—Starting With the National Anthem. He's pretty hardcore:

Sacralization of the flag and uniform—and the anger directed at even mild dissent—are further demonstrations that, contrary to popular myth, church and state in this country have not been separated. They have been fused. The church is the state, and the state is the church. That's where nationalism takes you.

If you look at it without preconceptions, it's pretty odd that we do the National Anthem thing before sports events, but mostly not in other entertainment venues: movies, plays, concerts. (Although I do remember that back when TV stations went dark at night, they usually did something patriotic.)

■ Frederick M. Hess and Grant Addison relate, at NRO: Betsy DeVos vs. the Mindless Mob at Harvard. She gave a pretty good speech, and a fraction of the crowd did their distracting best to try to get people not to listen.

Little of what DeVos said, however, seemed to matter to her “academic” audience, a large swath of which seemed more concerned with its antics than with listening — much less with engaging in any semblance of scholarly give and take. Students stood, raising fists and holding banners reading “White Supremacist” and “Our Students Are Not 4 Sale!” Perhaps fearing that their ratty signage had proven insufficient, as DeVos exited the stage, students chanted, “What does white supremacy look like? That’s what white supremacy looks like!”

Well, at least she wasn't drowned out, and nobody got hurt.

■ Power Line's Steven Hayward wonders: A Reckoning for Silicon Valley Coming? He keys off of Google's meek acceptance of a Spanish court demanding that they delete an application that Catalan independence supporters were using to spread information about an independence referendum.

Beyond this instance, we know that Google, Apple, and other Silicon Valley tech giants are utterly supine in the face of demands for their cooperation with heavy government censorship especially in China. It is curious that Google and Apple, so confident in their pronouncements about How Things Should Be in America (example: Apple CEO Tim Cook saying he can’t understand why there is any debate at all about DACA—I guess the rule of law only counts when it’s being used to protect Apple’s intellectual property rights), are so timid when it comes to Chinese demands. Does China really want to eschew what Google has to offer? I can recall when American companies told South Africa that they would not cooperate with Apartheid laws there, and the South African government capitulated rather quickly.

Wouldn't it be nice if some tech giant actually did something to promote liberty, here or abroad, by saying "no" to some government demands?

■ At the NYT Ross Douthat is Speaking Ill of Hugh Hefner.

I started watching an episode of Playboy After Dark once, many years back, and Hef's struggling efforts to appear hip and "with it" were pathetically funny for a few minutes, then just got painful.

Did I have a Playboy collection? Why yes I did. Not proud of it, though.