This movie came out in 1982; I remember saying to myself "Francis Ford Coppola, Teri Garr, how bad could it be?" But I never got around to finding out. It was a box office disaster, gone from theaters in an eyeblink. It was still a few years before VCRs were common, so it slipped through the cracks.

But I noticed that it was streamable via Amazon Prime. And so I decided to give it a try. And I can see why some people hated it back then. It wasn't like anything else: a simple story buried in quirkiness and garishness. (Since then, Baz Luhrmann has taken over this creative space, I think.) More to the point, it wasn't like the four previous movies Coppola directed, which were: (1) The Godfather; (2) The Conversation; (3) The Godfather: Part II; and (4) Apocalypse Now. Whoa.

Anyway, it's about Hank (Frederic Forrest) and Frannie (Teri Garr), who have been living together in Las Vegas for years, but can't seem to reconcile their differences: she's looking to be carried off on romantic getaways, while he's looking to put down domestic roots. On their Fourth of July anniversary, an argument escalates into Frannie walking out on Hank. ("You stupid bastard, Hank. She looks just like Teri Garr!")

Frannie and Hank find consolation and advice from close friends (Lainie Kazan and Harry Dean Stanton, respectively). And they wind up canoodling with interesting new people (Raul Julia and Nastassja Kinski, respectively). Will they return to each other, or will one or both wind up with another?

The whole movie was shot inside a studio, including a replica of Las Vegas' McCarran Airport - complete with a jetway and jet airliner. Impressive! But maybe also ill-advised, as it led to Coppolla's eventual bankruptcy.

One review I read trashed Teri Garr's dancing. I thought she did fine.

Much of the movie is accompanied by songs sung by Tom Waits and … again, whoa … Crystal Gayle. There's an odd couple for ya, but Ms. Gayle did a fine job singin' with Mr. Waits. 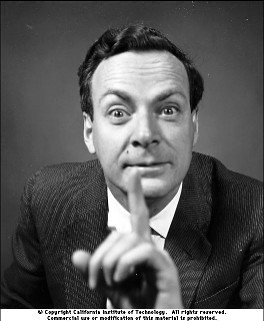 ■ We've been critical of Proverbial profundity in recent days, but Proverbs 20:15 gets it right:

15 Gold there is, and rubies in abundance,
but lips that speak knowledge are a rare jewel.

Only possible criticism is the imagery of disembodied speaking lips. Eek!

[Consumer note: searching for "lips" on image sites doesn't get you a lot of knowledge-speaking lips. So I went with Feynman.]

■ @kevinNR emits a cheer for A Conservative Tax Hike.

President Donald Trump’s tax-reform plan is in total a very expansive steaming pile of irresponsibility — and the president’s argument that it will lead to sustained 6 percent economic growth is pure fantasy — but it does have one attractive provision: raising taxes on blue-state progressives.

Check it out, but Representative Thomas Massie tweets an executive summary:

Representative Thomas Massie has just leapt to the top of the list of People Who I Wish Were My Congressperson Instead Of Carol Shea-Porter.

■ Tom Nichols writes at USA Today: Health care fail: GOP caves to ignorant voters who want revenge, not facts. Tom notes commentators who (gleefully) note the GOP's rush to "pass a bill to find out what's in it", usually the Democrat's schtick.

There’s a lot of truth in this, but the reality here is that expertise wouldn’t have mattered. GOP legislators know that their base isn’t interested in the mumbo-jumbo of actual health care experts. These voters are not interested in analysis, or extended debate. They don’t care who’s in favor of it or who’s against it, or for what reason. They’ve been told that Obamacare — which they hate — would be repealed, and the Affordable Care Act — which they like — would be improved.

If that sounds strange, remember that a third of all voters and about a quarter of GOP voters don’t realize these are the same things, and that’s the rub. No amount of expert testimony is going to change anyone’s mind about Obamacare. What the most vocal and angry part of the Republican base wants is a repeal of this thing called “Obamacare” because it is a political symbol and because President Trump promised them it would be repealed, totally and completely, on day one of his administration. What that would mean is as much a mystery to those angry voters as it is to many of the senators who supported that repeal.

Tom may be hammering the Obamacare square peg into his "death of expertise" round hole, but that's OK.

■ Granite Grok's Steve MacDonald demonstrates that the Progressives' worst enemy is someone with a long memory: Remember Those ‘Climate Mayors’ Who Swore to Uphold the Paris Agreement?

Earlier this year a group of mayors clung together in the name of the Paris Climate Accord. They insisted, wrongly, that the “treaty” was necessary and they intended to take action locally to support its goals. Some 379 municipal leaders signed on to Climate Mayors.org, which was all most of them ever intended.

As a group, they have done nothing meaningful since.

Left as a GG comment: How much politics is driven by politicians' need to feel good about themselves, and bask in the warm approval of other members of their tribe?