Not a Substitute for Human Interaction 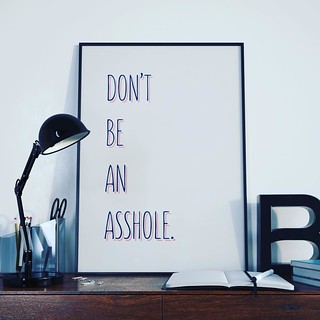 ■ You might expect the Proverbialist to stick to his game: providing brief, punchy aphorisms that express the rules for living a righteous life. But sometimes he sounds like a cranky consumer who suspects that he's been screwed by some fast-talking vendor. For example, Proverbs 20:10:

10 Differing weights and differing measures—
the Lord detests them both.

Or maybe this is a prophecy of difficulties converting between English and Metric units. It's—literally—damned difficult.

Well, Skippy, let’s think on that for a minute, shall we? Thanksgiving was instituted by the Pilgrims, who were a bunch of fairly fanatical Christians, if you’ll recall. To whom does Terry Gross imagine they were giving thanks? Beyoncé? Jeff Bezos, Peace Be Upon Him?

The phrase "illiterate peon" also appears. You won't want to miss that.

■ Don Boudreaux has an interesting proposal: Separate Sport and State. Sharing the words of one of his correspondents:

When I go to Walmart no one on the staff “takes a knee” before stocking a shelf or selling a product.

Neither does this happen at Home Depot or McDonald’s or anywhere else that I spend my money. Of course, none of these businesses pipe the national anthem into their stores.

My entertainment dollar is no different than my grocery dollar.

■ Also making that point is Tyler Cowen: Dial Down the National Anthem at Sporting Events.

The awkward, hard-to-admit truth is that the American national anthem is a form of right-wing political correctness, designed to embarrass or intimidate those who do not see fit to sing along and pay the demanded respect. I’ve been at sporting events where I’ve seen some people not sing along, and not put their hands over their hearts, only to hear that they will be punched in the face. Whether or not the threat was serious, this is classic “snowflake” behavior from the threat-makers, and should be recognized as such. For all of the right-wing complaints about left-wing political correctness, the right has long had its own version of the practice. It is time to dial it down.

It would be nice if Both Sides would Dial It Down. Because:

The cast members of Star Trek Discovery were slammed by social media users Sunday after a photo of the CBS show’s stars taking a knee went viral online.

The show also does a heavy-handed allegory with war-happy Klingons standing for President Trump and his fans.