I was dimly aware that Mark Levin is a talk-radio host, and that genre is pretty far off my radar. But both Kevin D. Williamson and Andrew C. McCarthy wrote favorably at NRO about this book. That was good enough for me to fire up an Interlibrary Loan request at the University Near Here. And (eventually) the sainted ILL staff at Dimond Library wangled a copy out of Brandeis U.

After such authoritative praise, I was surprised to find myself a little disappointed. The book is not bad. I'm in agreement with nearly everything Levin has to say here. But it's pretty standard stuff, and not likely to change minds.

Levin's project is to outline "Americanism" as he understands it, grounded in the Founders' vision, as described in the Declaration, the Constitution, the Federalist Papers, and elsewhere: dedicated to the timeless transcendent principles of inalienable natural rights, and limited Federalist republican government.

In opposition, we have the source of all our political woes, the Progressive movement. Starting in the late 19th and early 20th century, they too-successfully championed a politics unchained from the dead-hand constraints of the past. They especially derided the lofty language of the Declaration, and desperately sought to reinterpret the Constitution in a way that might legalize governmental plunder intrusions into previously forbidden areas.

Okay, but we know all that. But I suppose I could recommend this book to the reader who (a) doesn't know all that, and (b) is open-minded enough to learn about all that.

Levin's style employs a lot of quotes, mostly historical. They come from good guys (Locke, Jefferson, Mill, Montesquieu, Berlin, Hayek, Friedman, Coolidge, …) and bad guys (Marx, Hegel, Rousseau, Wilson, Croly, Dewey, …). There are a lot of quotes, and they are long. (Do we really need to quote all ten amendments making up the Bill of Rights? Even the Third Amendment?)

Which brings me to my biggest problem with the book: its quoting style. Levin doesn't use block-quoting for most of his lengthy quotes. (Sometimes he does, mostly he doesn't.) Often there's just a sentence or two of Levin's own words stuck in between paragraph after paragraph of (for example) the tedious pomposity of John Dewey.

Cynical me wonders: what percentage of the words in this book are actually Levin's, and how much is just copy-n-paste from his sources?

Less-cynical me says (however): that's not necessarily bad. When your sources are saying something insightful or revealing, it's best to quote to quote them fully in context.

But I'd like to see things clearly demarcated. That's what block quotes are for. 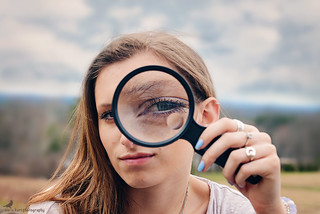 ■ Your mileage may vary, but I kind of like the poetic imagery of Proverbs 20:5:

5 The purposes of a person’s heart are deep waters,
but one who has insight draws them out.

It's a little ambiguous whether the "insight" is into (a) someone else's purposes, or (b) one's own (we could all use a little more self-reflection). Could be both, I suppose.

■ Pun Salad looked at Laura Kipnis's book about abusive and intrusive Title IX investigations, Unwanted Advances: Sexual Paranoia Comes to Campus, here. Among other things, she described the investigation she went through at her school, Northwestern. Was she accused of rape? Sexual harassment? No. Her crime was writing an article about Title IX in the Chronicle of Higher Education.

Now it turns out that Prof Kipnis underwent another Title IX investigation, this in response to her book. The details are summarized at the Foundation for Individual Rights in Education: Laura Kipnis’ second ‘Title IX inquisition’.

The month-long investigation was sparked by complaints about “Unwanted Advances” from four Northwestern faculty members and six graduate students. As with her first investigation, Kipnis was ultimately found not responsible for violating university policy.

However, reviewing Gersen’s report, it’s easy to see how the investigations themselves function as punishment, to say nothing of the threat they pose to academic freedom: in the most recent investigation, Kipnis was asked to respond to at least 80 written questions about her book and to provide her source material. She was also urged to keep the investigation confidential.

I try not to get outraged at my age. But this is outrageous. Prof Kipnis should have some sort of legal recourse against this frivolous abuse.

But it's easy to speculate that the the real chilling message being sent here is to any other would-be critics of "Progressive" university dogma: keep your mouth shut and your head down.

■ For another example of what happens to dissenters in higher ed, Power Line's Scott Johnson brings us up to date on the case of Professors Amy Wax (Penn) and Larry Alexander (San Diego), who said That Which Must Not Be Said. Specifically, they wrote a column for the Philadephia Inquirer extolling the bourgeois culture and virtues of mid-20th century America. Oh oh!

None of the professors’ high-placed critics have engaged with any of their arguments. [USD Law President Stephen] Ferruolo’s schoolwide letter was one of the worst examples. The dean simply announced that Mr. Alexander’s “views” were not “representative of the views of our law school community” and suggested that they were insensitive to “many students” who feel “vulnerable, marginalized or fearful that they are not welcomed.” He did not raise any specific objections to Mr. Alexander’s arguments, or even reveal what the arguments were.

It isn't the first time we've trotted out the Underground Grammarian essay titled "The Answering of Kautski", which quoted Lenin:

Why should we bother to reply to Kautski? He would reply to us, and we would have to reply to his reply. There's no end to that. It will be quite enough for us to announce that Kautski is a traitor to the working class, and everyone will understand everything.

The UG wrote this back in 1979, so it's not that this sort of thing is new. The current Leninists just announce that heretics are "creating a hostile environment" and everyone will understand everything.

■ We seem to be on a higher ed rant today. Marc A. Thiessen writes at the American Enterprise Institute: In Berkeley, Shapiro spoke but Antifa won. Yes, Ben Shapiro, "a smart, clever, mainstream conservative", managed to speak. After the school allegedly spent $600K on security arrangements.

That is why Antifa won. Without breaking a single window, or smashing a single head with their shields that say “No Hate,” these radical leftists succeeded in imposing a $600,000 tax on conservative speech at Berkeley. Just the threat of neo-Communist violence was enough to force the school to spend more than half-a-million dollars to protect Shapiro and the students who wanted to listen to him.

■ And Ben Shapiro himself writes at NRO on College Students vs. Free Speech. He notes the dismal attitudes reflected in that Brookings poll we looked at yesterday, and speculates on what's changed:

[T]oday’s Americans have abandoned that image of America [where individuals are responsible for their own success]. Instead, they’ve substituted a vicious America, a Howard Zinn caricature in which hordes of evil bigots stand between individuals and success. We are supposedly a society plagued with the terrifying and unalterable specters of institutional racism and sexism, of bigotry and brutality. None of this is curable.

And so we have been taught to find meaning within. True freedom doesn’t exist in the outside world, with its soft, unspeakable tyrannies. True freedom exists only in our own self-definition, our subjective sense of ourselves. Solipsism becomes an animating motive.

And, yes, it rang our LFOD Google Alert:

Councilor Jonathan McCallion said New Hampshire is the Live Free or Die state and the reality is people are going elsewhere to play Keno now and towns around Somersworth will offer it.

Yes, you really can use LFOD to justify anything.

■ Or desperate writers can use LFOD to pump up their word count, For example: Before You Name That New Baby, Check Out the Most Popular Baby Names in Every State

“Live Free or Die” New Hampshire broke ranks with the rest of the country and picked Charlotte as its top baby name for girls. (Emma was second place in New Hampshire.)

Note that nothing there actually depends on LFOD. It's not as if new NH parents looked at the name statistics and said "Screw all those other liberty-hating states with their Emmas and Olivias! We're going with Charlotte!"

The most popular male-baby name in New Hampshire was… Noah. As it was in the rest of the country. So what's the lesson here? Live Free or Don't?