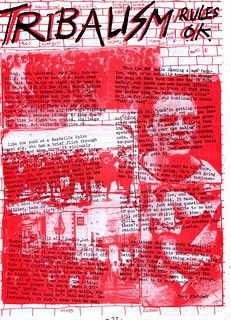 31 The horse is made ready for the day of battle,
but victory rests with the Lord.

In a fight between the Lord and a horse, don't bet on the horse. I guess.

■ As a classical liberal, Russ Roberts is used to living in a nation that's less than ideal. But he's really down these days: The World Turned Upside Down (and what to do about it).

The main way I’ve been dealing with this feeling of despair is to stop paying close attention. I don’t know what depresses me more — the stupidities and dishonesty and tolerance of darkness that come out of the President’s mouth or the response from those that oppose him. Given that I don’t like the President, you’d think I find the response of his enemies inspiring or important. But the responses scare me too, the naked hatred of Trump or anyone who supports or likes him. And of course, it goes way beyond Trump and politics. The same level of vitriol and anger and unreason is happening on college campuses and at the dinner table when families gather to talk about the hot-button issues of the day. Everything seems magnified.

I think Professor Roberts' what-to-do suggestions are excellent, but I won't spoil them here, lest you be encouraged to not Read The Whole Thing.

French writes from a socially conservative position I don't entirely share, but he's onto something: a society that eschews "fuddy-duddy moralism" about sex shouldn't be surprised when its most impressionable members act on their appetites.

■ @JonahNRO's G-File for the week is titled Trump’s Triangulation. Why, Jonah asks, are Trump supporters so surprised/upset at his compromise/surrender to the Schumer/Pelosi axis? (Wow, that's a lot of slas/hes.)

There are two reasons why Trump’s maneuver seems so weird and came as such a shock to the leaders of Trump Inc., as well as to some of the Trump voters suffering from political Stockholm syndrome. First, Trump’s presidency hasn’t been “normal” in the same way a fluorescent-green cycloptic grizzly bear wearing Mr. Rogers’s sweater as he plays Chopin on a banjo is not “typical.”

The second reason, which is obviously related to the first, is that he’s simply winging it. I am convinced Trump agreed to the debt-ceiling deal last week on the fly in the Oval Office as way to piss off Mitch McConnell and nothing more. He liked the results in the media so, like the tic-tac-toe chicken I mentioned in last week’s “news”letter, he kept pecking in that direction.

Trump may be afraid of voters, but as for the rest: He has neither ideology nor principle, neither desire to appear consistent nor shame about failing to, neither allies nor any sense of personal loyalty. If he thinks he can get away with selling out his base, he will. (Perhaps most disconcertingly, you cannot even trust him to accurately gauge whether he can safely sell out his base.)

Unlike Jonah and Megan, I have zero confidence in my ability to predict, or even comment knowingly on, where Trump's antics will take the country next. Loose cannons gotta roll randomly around the deck.

■ American Thinker's Robert Curry notes when it All Went Wrong for the US of A. 1913: The Turning Point.

Nineteen-thirteen gave us the 16th and 17th Amendments to the Constitution. That year also saw the creation of the Federal Reserve. This burst of changes marks the effective beginning of the Progressive Era in American politics, the era in which we now live. Wilson was to do much more that would once have been considered out of bounds, but these three changes were enough to change everything. In 1913, the fundamental agreement the Founders made with the American people about the relation of the states and the federal government was broken.

As you know if you check out the "Media I'm Consuming" section of the right-hand column, I'm currently reading Mark R. Levin's Rediscovering Americanism, which makes similar, and correct, observations.

■ NHPR rang the Google LFOD Alert with the news: Even New Hampshire is Considering a Pitch for Amazon's Second HQ.

New Hampshire is considering adding its name to the list of states making a pitch for Amazon's proposed second company headquarters.

Taylor Caswell, commissioner of the New Hampshire Department of Business and Economic Affairs, says the "Live Free Or Die" state's quality of life and tax advantages -- including no state income tax -- could be one of the incentives.

Eyeballing the Tax Foundation's 2017 State Business Tax Climate Index, New Hampshire is in a solid seventh place. And the states above it in the list don't seem to have easy access to the high-tech labor pool Amazon might desire.

Our state motto, "Live free or die" is a great sentiment. If it was the case once, it is no longer true. New Hampshire is far from a tax-free state. Sales-tax free, yes, with the exception of the rooms and meals tax. We do have taxes though, real estate and car registration, also a form of tax, are the two highest. Plus highway tolls for the use of roads.

Bottom line, Edward has golden living dreams of visions of a posh casino on the site of the long-defunct Laconia State School. It sounds like a good premise for a generic horror movie.