… is pinin' for the fjords. 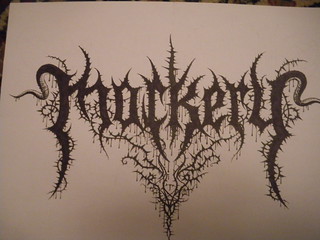 ■ The Proverbialist is obsessed with "mockers", and Proverbs 21:24 takes up the cudgel once again:

24 The proud and arrogant person—“Mocker” is his name—
behaves with insolent fury.

OK, we get it. Pride, arrogance, mockery, insolence, especially when combined with fury: bad stuff. We know all that, but we elected Donald Trump anyway.

■ Dave Barry, national treasure writes from Florida: Even with Irma knocking at our door, we here in Miami are NOT FREAKING OUT AT ALL!

Here’s how I know a hurricane is coming: We have lentils.

We NEVER eat lentils. I am not 100 percent sure what a lentil is. I do know for a fact that not once has anybody in our household ever said, “You know what would be great for dinner tonight? Lentils!”

But at the moment we have roughly a 45-year supply of lentils on hand. This is because we are in Hurricane Preparedness Freakout Mode, and one of the things we Floridians do in this mode is go to Publix and get in long lines to buy mass quantities of things we will never eat. Publix could put out a big display of cans labeled “Toad Intestines Packed In Snail Vomit” and we Floridians would snap them all up in minutes. That’s how prepared we are.

I wish Dave well. Also the other people in Irma's path.

■ Patterico notes a tongue-bath for the President from an unexpected source: New York Times Gives Trump a Taste of That Highly Addictive Media Praise.

Yesterday I explained (adding my voice to a chorus of others) that Trump is very likely at the beginning of a bromance — not with Chuck Schumer, but with the media. The lure of Strange New Respect is a siren song that cannot be resisted by any aging narcissistic white man who pretends to be conservative but actually leans left in many ways.

Trump is a sucker for this stuff. He'll be totally shocked when the media turns on him at the next convenient opportunity.

■ Baylen Linnekin writes on the latest legal madness at Reason: Too Many Calories in Your Candy? That's a Lawsuit!

Plaintiff Artur Tyksinski alleges the front of the company's Starburst package he allegedly purchased claims the candy contains ten fewer calories per piece (130) than the FDA-mandated "Nutrition Facts" panel on the back of the package says it actually contains (140).

Actually, it's not "per piece", it's "per serving". And, yes, the FDA regs imagine that candies are doled out in servings, like peas and carrots.

For Starburst, the serving size is 9 pieces. Which makes me paraphrase the Holy Hand Grenade of Antioch instructions:

Then, shalt thou count to nine, no more, no less.

Ten shalt thou not count, nor either count thou eight, excepting that thou then proceed to nine.

Eleven is right out.

■ Joseph Bottum at the Washington Free Beacon notes a comedown for a cultural prophet, Richard Florida: Consequences of the Creative Class.

It’s tempting to mock Richard Florida: the hipster urbanist with the hipster name, the new day’s heir to yesterday’s Jane Jacobs. In 2002, he wrote a book that just everyone with an ounce of hipness bought and read—a book about how hipsters were saving the nation’s cities. And now, 15 years older and not quite as hip anymore, he’s written a follow-up that says, in essence, whoops.

It's tempting to mock, but we shouldn't. See today's proverb.

But who could have predicted that hipsters would be unreliable?

■ Out in Pasadena, Larry Wilson rang the Google LFOD Alert with his musing on proposals to create two, or three, or maybe six, states out of the Golden State. He finds them wanting: Its personality might be split, but California should remain one state.

It’s just that with our boundaries of today, there’s room to move. If New Hampshire’s motto is Live Free or Die, ours might be Don’t Fence Me In.

Well, Larry, New Hampshire's motto is Live Free or Die. But I regret to inform you that California's is "Eureka!" (including the exclamation point). As near as I can tell, they're not proud enough of the motto to put it on license plates.