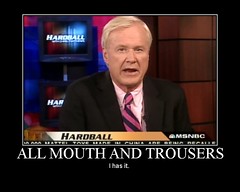 ■ Proverbs 21:23 is of use for those who wear a belt and suspenders. And also for President Donald Trump:

23 Those who guard their mouths and their tongues
keep themselves from calamity.

Mouths and tongues. Can't be too careful.

■ The estimable Katherine Mangu-Ward writes at Reason: Trump, Pelosi, and Schumer Are Besties: The Case Against Bad Bipartisanship. What's wrong with the debt ceiling deal? It was set up to spite fiscal conservatives, for one thing. But there's worse.

What's worse: To the extent that today's deal was driven by a common understanding between parties, it's a wrongheaded, economically illiterate populist one—the belief that ever-increasing debt-funded spending on both a permanent and emergency basis can solve America's fiscal and economic problems.

Or as Mr. Michael Ramirez pictures it:

■ @JonahNRO's G-File this week is neither happy nor surprised at Trump's antics: Trump’s Dance with Dems. But he's really down on the Trump hagiographers who see genius strategery behind the antics.

So much of the “analytical” punditry about Donald Trump’s genius isn’t analysis at all. It’s a form of haruspicy. The priests of the Trump cult look at Trump’s kneejerk, in-the-moment, utterly instinctual, and unthinking outbursts and spasmodic actions like the death rattle of a vivisected chicken and imbue them with meaning that simply isn’t there. They connect cherry-picked dots to create an image of sagacity, sometimes brilliantly, but the dots are just dots.

Jonah will explain for you, if necessary, what "haruspicy" is. Bonus double feature, at no extra charge: a Rachel Maddow takedown.

■ KC Johnson, who has made a career out of shining a light on campus disciplinary nonsense, has a City Journal article on Betsy DeVos's recent speech: Sanity on Title IX.

Education secretary Betsy DeVos’s address this week at George Mason University has received widespread attention for her call to move beyond the “failed” Title IX policies of the Obama administration and pursue a “better way” in how colleges and universities handle sexual-assault allegations. But its real importance comes in DeVos’s ability to shift dramatically the tone of how the federal government has responded to the issue of campus sexual assault—emphasizing fairness, nuance, and due process over her predecessors’ extremist vision of the rights of the accuser.

Sometimes Trump gets it right, and one of those times was the DeVos nomination.

■ Nerds like me have heard about the Star Trek: Discovery series. But the news is … not good: New Star Trek Episodes to Make Klingons Into Trump Supporters.

The upcoming season of the show will tell the story of a war between the United Federation of Planets and the Klingon Empire, which will be a loose allegory for the 2016 election, Entertainment Weekly reported Thursday.

I can see it now, a wrinkly-headed alien snarling "Make the Empire Great Again". Because that's the kind of subtlety we've long come to expect when Trek tries to get topical.

All but the first episode will be on CBS's "All Access" service, which will cost money. But not my money.

■ The Google LFOD Alert on an actual NH-related item from Hunt Lawrence and Daniel J. Flynn in the American Spectator: Education Savings Accounts Are the Best Choice in School Choice. The authors like ESAs, and the legislation pushed by NH State Senator John Reagan.

ESAs mesh well with a state that boasts Live Free or Die as its motto. But it’s really the efficiency of the program that appeals to frugal Yankees. In New Hampshire, where state senators such as Mr. Reagan make $100 a year, saving dollars — in government coffers and personal pocketbooks — makes sense.

Hmph. A real LFOD advocate would advocate repeal of compulsory education laws. But until that happens, ESAs are OK.

■ And in other LFOD news: Getty Images announces its 2017 grant winners. And one of those is Barbara Peacock. You can see a sampling of her "American Bedrooms" pictures here. Barb is quoted:

"I live in New Hampshire where the motto is 'Live Free or Die. That's pretty much it."

That's the caption on this picture (which I stole from the above link, come and get me J. Paul): 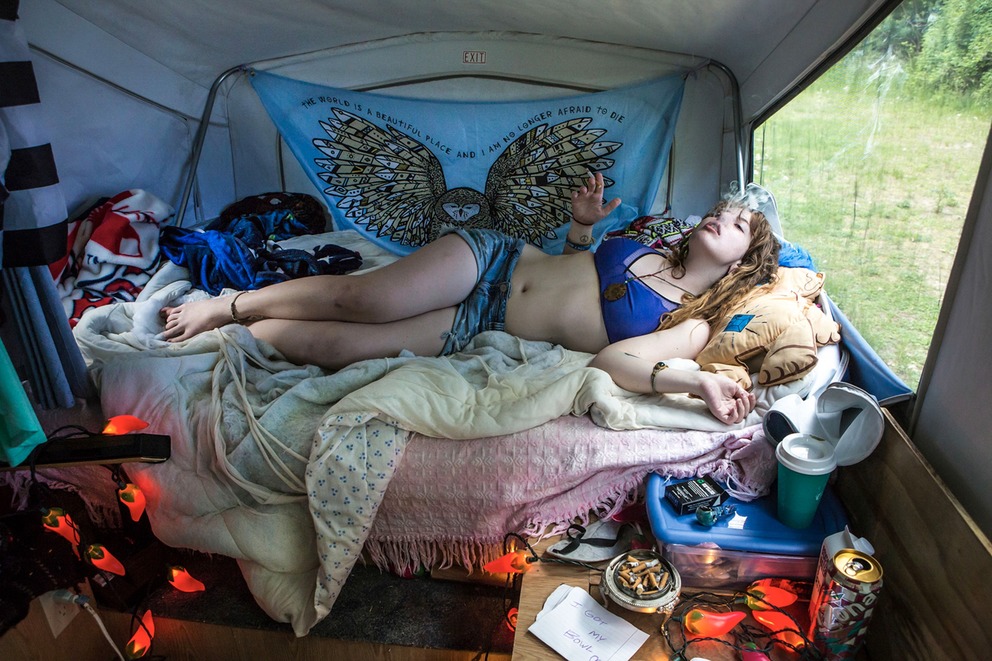 For the record, Pun Salad does not recommend chain-smoking cigarettes in your truck bed pop-up camper.