… made its move on Rosecrans Boulevard. 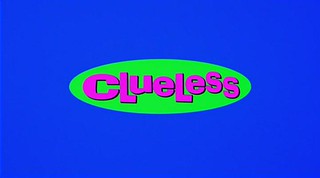 ■ As we move through a so-far disappointing Proverbs Chapter 21, we finally get to a verse with relevance to current events, Proverbs 21:22

22 One who is wise can go up against the city of the mighty
and pull down the stronghold in which they trust.

Unfortunately, Donald Trump was elected instead.

■ @JonahNRO nails a problem: Trump Just Doesn’t Get It.

The news that President Trump abandoned Republicans to strike a deal with congressional Democrats on a three-month extension of the debt limit yielded a predictable response from his predictable cheerleaders: It was brilliant and typically shrewd for the author of The Art of the Deal to take the very first offer the Democrats made and ask for nothing in return.

The near future is also eminently predictable: Democrats will take this victory as a blueprint for the future. And the country will wobble down the path to insolvency significantly faster.

A new report on the 2016 election found nearly 1,100 people who cast ballots here in New Hampshire were either under investigation for voting in more than one place or signed affidavits with addresses that may no longer be valid, House Speaker Shawn Jasper, R-Hudson disclosed Thursday.

Democrat responses are included: they're all just college kids, and the law says they can vote here. To paraphrase Mr. Bumble: if the law says that, then the law is an ass.

Some of the groups named are what anyone would think of as a hate group, like, you know, the Ku Klux Klan. But other entries are a festival of guilt-by-association innuendo about people with at best a tangential relationship to the target institution, and whose statements fall well short of blanket group-calumny or calls for violence. Or the center offers bizarrely shifting rationales that suggest that the staff started with the target they wanted to deem hateful, and worked backward to the analysis.

It might be nice, in theory, to have an independent group dedicated to ferreting out potentially dangerous nutbars. It's a fine line between that and the Thought Police, though.

■ One example of SPLC's stupidity is Charles Murray, who they labeled a "white nationalist". He gave a talk on Wednesday at Harvard, and College Fix reports the news is good: Charles Murray, ‘Confederate statue on wheels,’ surprisingly not assaulted in campus speech.

Harvard University students showed their New England peers how to protest a speaker they don’t like: get up and walk out quietly.

No violence, no heckling, no fire alarms pulled. Good for Harvard. Murray's own description of the event is at the Weekly Standard.

■ The Google LFOD Alert rang for Michael Lorrey's LTE to the Valley News, which serves both Vermont and New Hampshire. Michael's from NH, and he's disturbed by Toxic Letters From the Left.

Having grown tired, after many years, of seeing Valley News letters to the editor hopelessly biased by incessant, irrational, left-wing thought, most often from readers in Vermont, I read with some amusement an article on Wired Magazine today that discussed with Disqus, the online commenting service, about their analysis of the toxicity of online comment posters across the nation (www.wired.com/2017/08/internet-troll-map/). Lo and behold, their data for New Hampshire versus Vermont matches my own impressions of Valley News letters pages. Vermont online commenters are the most toxic, offensive, trollish posters in the nation, while New Hampshire commenters are the most polite and least trollish. Yes, that New Hampshire, of the “Live Free or Die” ethic, Free State Project, first-in-the-nation political primaries, etc., is the most polite in the entire country. Perhaps this is why New Hampshire is best to be first in the nation: We go about our business tolerating others’ opinions far more than anyone else. Vermonters could take a lesson from us Granite Staters, but I doubt they will.

In Vermont's defense, any state that can produce Ben & Jerry's Strawberry Cheesecake Ice Cream can't be all bad. I try not to think of the tedious leftism I'm funding with every bite.