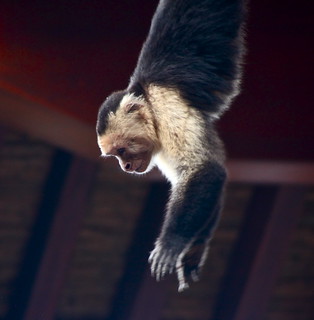 18 The wicked become a ransom for the righteous,
and the unfaithful for the upright.

On first glance, I was not sure what this meant. The same goes for second, third, fourth, … glances.

Looking at other translations, it seems to be: the wicked/unfaithful will eventually suffer, which will (somehow) deliver the righteous/upright from their predicaments. Justice prevails in the next life, if not this one.

Well, why didn't he just say that?

■ A funny August 25 column at the Chicago Tribune by Rex Huppke: Amazon lowering Whole Foods prices will hurt those who think they're better than you.

Whole Foods has long been a top grocery destination for shoppers eager to spend unnecessarily large amounts of money on food that makes them feel superior to others.

Sadly, that dynamic is about to end. Online retailer Amazon is expected to close on its acquisition of Whole Foods next week and will immediately start — hold my locally sourced camel milk — lowering prices.

Since Mr. Huppke wrote, both those things have happened.

The nearest Whole Foods markets are about an hour away from Pun Salad Manor (either Bedford NH or Portland ME); there was talk of putting one in Portsmouth, but apparently that fell through. (We already have a snooty supermarket, so maybe that scared them off.)

■ Good news, TV executives! Not satisfied with running its own business, Google wants to run yours. Most TV computer scientists are still white men. Google wants to change that.

Google is calling on Hollywood to give equal screen time to women and minorities after a new study the Internet giant funded found that most computer scientists on television shows and in the movies are played by white men.

I am doubtful that career self-counseling based on the antics of fictional TV characters is a wise move. Even less wise is to be further persuaded, one way or the other, by the Google-assigned race/sex/ethnicity pigeonholing of those characters.

Of course, it could be that Google recognizes this too, and just enjoys pushing people around.

■ Sad news that half of Steely Dan has passed away. Terry Teachout pens an obit for Walter Becker, R.I.P.

Walter Becker and Donald Fagen, the creative nucleus of Steely Dan, were the Stephen Sondheims of rock, ironic, disillusioned, and musically and lyrically sophisticated to the highest possible degree. I first heard their music (not counting the hit singles from Can’t Buy a Thrill) when The Royal Scam came out in 1976. No sooner did I hear the line “Turn up the Eagles/The neighbors are listening” in “Everything You Did” than I knew that I’d found my rock group. A couple of years later, I bought the original-cast album of A Little Night Music, and that was that: the door of musical adulthood swung wide, never to shut.

Well, there's my problem: I never got A Little Night Music Original Cast Album. And so my iPod is loaded with Steely Dan, Van Morrison, The Who, and various other tunes from my perpetual musical adolescence.

Well, as the Cornelius Brothers & Sister Rose said: it's too late to turn back now.

In any case, I can cross "seeing Steely Dan in concert" off my bucket list.

■ Scott Johnson notes the antics of a late-night host: Conan Does Israel

Conan O’Brien has been touring Israel over the past week for a Conan Without Borders episode of his late night show on TBS. In Israel he acted like a tourist. He hit the highlights. He approached Israelis in an ingenuous spirit of appreciation and the appreciation was mutual. If you’ve been to Israel, you know that Israelis are grateful to be seen in the same light as the rest of humanity.

And who can quarrel with…

Besides being beautiful and talented, @GalGadot is easily the nicest superhero I've ever met. #ConanIsrael #Israel #WonderWoman pic.twitter.com/akb7hqgQc6

If only more Norwegian-Americans had been TV late-night talk show hosts when I was young and impressionable, I could have been inspired to choose that career, and that could have been me that close to Gal Gadot. Or at least that's the story according to Google.

There is indeed, as he [Reinhold Niebuhr] says elsewhere, “an increasing tendency among modern men to imagine themselves ethical because they have delegated their vices to larger and larger groups.” To act on behalf of a group seems to free people of many of the moral restraints which control their behavior as individuals within the group.

How many unpleasant stories in your local newspaper would just go away if that weren't the case?