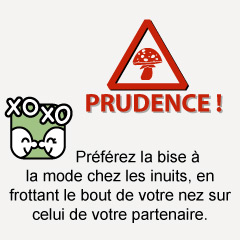 ■ Proverbs 21:16 wanders back to giving good advice to those who seek it:

16 Whoever strays from the path of prudence
comes to rest in the company of the dead.

Not to quibble, but those who stay on the path of prudence eventually come to rest in the company of the dead too.

■ @JonahNRO chronicles The Idiot Boys of Antifa and the Alt-Right in this week's G-File. This bit is insightful, especially the last sentence:

It seems to me the elephant in the room people that keep breezing past is whether or not these people are psychologically similar. I remember when Antifa types first started showing up on television breaking stuff, setting fires, punching people, and the like, my wife said, “Those are just idiot boys looking for an excuse to break stuff and get in fights.”

Can anyone really dispute that this is a huge part of what’s going on with all these radicals on the left and the alt-right? A big swathe of the bad things that have happened over the last 10,000 years can be attributed to hormonally charged young men pulling stupid crap.

Bonus Irving Kristol quote: “When we lack the will to see things as they really are, there is nothing so mystifying as the obvious.”

■ At Learn Liberty, Michael Munger will tell you Why a Canadian city tore down the staircase its residents had always wanted to build.

Toronto city officials recently threatened a man with fines for building an unlicensed staircase in a local park. Then they tore down his staircase, which had cost him $550 to build, and replaced it with one that cost $15,000.

Munger takes this story in an unexpected direction. Check it out.

■ In the "of course she is" department: Hillary Clinton charging big bucks for book tour events. For example:

For $2,375.95 (or $3,000 in Canadian dollars), Clinton fans in Toronto can obtain a “VIP platinum ticket” for her Sept. 28 talk. That ticket includes two front-row seats, a photo with Clinton backstage and a signed book.

The closest she's coming to me is the Boston Opera House on November 28. This (independent) ticketing site has no "VIP platinum" pricing as I type, but you can plunk down $666/person for seats down front, or you can sit up in the nosebleed section, like a schmuck, for a mere $368/person.

To eliminate any possible confusion: that's what you pay them for tickets. I know, you thought it might make more sense the other way around. Understandable.

■ An article from the dead-trees Reason by Rona Kobell: Hemp Comes Home. Specifically, Kentucky. It's an interesting tale of, essentially, a mistaken classification of a useful plant. It was illegalized in 1937 by the Marihuana Tax Act, which required growers to by a prohibitively expensive tax stamp. It was re-legalized for World War II, and then…

When the war ended, the stamp came back. By then DuPont was making synthetic fibers like Nylon for less than the labor costs to process and dry hemp, and the market went bust. In 1970, President Richard Nixon designated both hemp and marijuana Schedule I drugs, the government's category for the most dangerous controlled substances. There they remain today. Hemp, a plant as likely to produce a high as a cup of radishes, is as dangerous as heroin, according to the feds.

A major plot driver for Season 6 of Justified was the assumed upcoming legalization of marijuana driving an agricultural boom in Kentucky. The main bad guy (Sam Elliott) had a scheme to buy up a lot of prime pot-growing farmland ahead of time. They didn't mention hemp.