… has a mist in its eyes from the smoke of a distant fire. 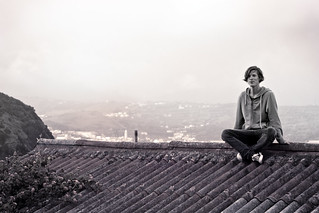 9 Better to live on a corner of the roof
than share a house with a quarrelsome wife.

Will Marco Rubio be tweeting this Proverb anytime soon? I would bet not.

1) Accuse people selling water or fuel in storm-hit areas of price gouging. Many of the folks who take on the risk of heading into an unstable area do so because they are driven by the twin motivations of fellow-feeling and greed. These people are often the fastest and most effective at getting supplies where they are most needed, because that's also where they can get the best price. This is just as true for Walmart as it is for the guy who fills his pickup with Poland Spring and batteries. Don't use the bully pulpit to vilify disaster entrepreneurs, small or large.

It is safe to bet on three things:

What pastors say from the pulpit is the church’s business, not the IRS’s. Or at least that’s how it should be. And in May, that’s how President Trump promised that it would be under his administration. But on Tuesday, the Department of Justice informed a federal court that President Trump’s promise to stop enforcing the Johnson amendment against churches was meaningless, and that the IRS was going about business as usual. This means threatening churches with an “absolute” restriction on internal church teaching. And not just on teaching that supports or opposes candidates, but anything the IRS determines might suggest voting for a certain candidate, such as religious teaching that pro-life beliefs should be reflected in voting choices when abortion is an issue in an ongoing political campaign. This restriction comes with what the president rightly described as “crippling financial punishment” if a church fails to toe the line.

Problem is, it's the law. As we kept reminding President Obama, it's the executive's job to see that laws are faithfully executed (right there in Article II).

Interesting fact from the article: the constitutionality of the Johnson Amendment hasn't been adjudicated, because it has never been enforced.

■ Long but interesting for those of us who wobble between libertarianism and conservatism, from Cato: Results from the 2017 Libertarianism vs. Conservatism Post-Debate Attendee Survey.

The survey finds that millennial conservative and libertarian attendees agree on matters of free speech and religious liberty, the size and scope of government, regulation, health care and what to do about climate change. However, striking differences emerge between the two groups particularly on matters of immigration, the temporary Muslim travel ban, gender pronouns and bathrooms, government’s response to opioid addiction, the death penalty, religious values in government, domestic surveillance, foreign policy, as well as evaluations of the Trump administration.

Not that you should care, but: on the issues where libs and cons disagree most sharply, I tend to regard as "open questions". (In practice, I tend to agree with the last well-argued thing I read.)

■ The Google LFOD alert rang on this story from our state's most prominent TV station: Trump’s election advisory commission to meet in NH on Sept. 12. And who used LFOD to buttress their position?

In a statement, NHDP Chairman Raymond Buckley said: "Trump's election integrity commission is about as welcome in New Hampshire as his offensive comments about the state.

"Granite Staters are still seething from Gov. Sununu's willingness to part with our personal information, giving it to a leak-happy White House without knowing how they'll use it. This Trump commission is not in keeping with New Hampshire's 'Live Free or Die' spirit of privacy.

The thing is, the state is happy to sell "our personal information" to just about any non-commercial organization. So Buckley's pearl-clutching is overwrought.

■ But we also got an LFOD alert for a Union Leader LTE from Greenland's Rich Collins: No Northern Pass. ("Northern Pass" refers to the proposal to run 180 miles of new power lines from Canada, through northern New Hampshire, down to Concord, and then eastward to Deerfield.) Mr. Collins makes some dubious assertions, but never mind that because he invokes the Motto:

So, smarten up New Hampshire, let’s protect America, not ravage it to fill someone else’s pockets. Let’s Live Free or Die, without corporate bullying.

Specifically, "Live Free or Freeze to Death in the Dark".