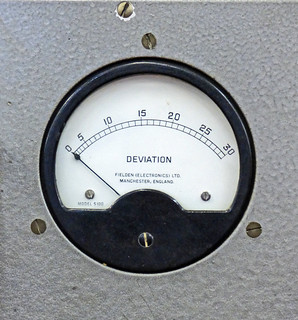 ■ Proverbs 21:8 has a good guideline for distinguishing the guilty from the innocent:

8 The way of the guilty is devious,
but the conduct of the innocent is upright.

■ Congresscritters must take an oath to support the Constitution, but unfortunately there's no method to toss out Congresscritters that manifestly misunderstand the Constitution. David French at NR builds a case for that: Yelling ‘Wolf’ in a Crowded Theater? Nancy Pelosi Flunks Constitutional Law. At issue: the "Patriot Prayer" rally at Crissy Field, part of the Golden Gate National Recreation Area in San Francisco. Nancy's firmly against permitting them to rally.

When the interviewer, Pam Moore, pressed Pelosi to consider Patriot Prayer’s First Amendment rights, Pelosi responded, “The Constitution does not say that a person can yell wolf in a crowded theater. If you are endangering people, then you don’t have a constitutional right to do that.”

Mr. French points out that Ms. Pelosi is (a) misquoting a Supreme Court decision that (b) hasn't been operative for decades, so (c) she's an idiot. It's brutal. RTWT.

Politifact has yet to weigh in on this "pantsuit on fire" whopper.

■ The Mercury News, in relation to the above, looks at Who’s behind this weekend’s right-wing rally at Crissy Field? "Patriot Prayer" is Oregon-based, founded by Joey Gibson, and he doesn't sound like your typical hater:

Ah, if only President Trump were so plain-spoken.

If you're not on the SPLC's shitlist, which tars with a very broad brush, that would seem definitive.

■ A recent Daily Beast article by Matt Lewis was titled "The Insidious Libertarian-to-Alt-Right Pipeline", purporting to demonstrate that a lot of the scurrilous haters in the news had, at least at one time, libertarian roots. Eek! Well, go ahead and read it. I'll wait.

But also read Reason's Nick Gillespie in rebuttal: Is There Really an 'Insidious Libertarian-To-Alt-Right Pipeline'?

[…] there is no "pipeline" between libertarianism and the alt-right. The alt-right—and Trumpism, too, to the extent that it has any coherence—is an explicit rejection of foundational libertarian beliefs in "free trade and free migration" along with experiments in living that make a mess of rigid categories that appeal to racists, sexists, protectionists, and other reactionaries. In that sense, the call by Hot Air's Taylor Millard for libertarians to purge white supremacists, anti-Semites, and living, breathing Nazis from our movement is misdirected since such people by definition are not libertarian. But he is surely right that alt-righters need to be called out wherever we find them espousing their anti-modern, tribalistic, anti-individualistic, and anti-freedom agenda.

Lewis comes across the most powerful explanation for the pipeline when professor Kevin Vallier tells him, “Libertarianism is an unpopular view. And it takes particular personality types to be open to taking unpopular views.” Indeed, marginal ideas attract marginal people. The experience of conversion itself can be intoxicating, and so often the first conversion is not the final one.

It also takes a particular sort of character to handle marginal ideas safely. People don’t just think themselves into their ideas; they feel their way to them emotionally, and they are socialized into them. Adopting a big new idea can be like adopting a new wardrobe; it can signify and propel a change in persona.

I'm not sure how a movement inspired by Nobel Laureates (e.g., Hayek and Milton Friedman) can be classified as "marginal". But otherwise check it out.

Stop me if you’ve heard this before. Because you surely have; the meltdown of Donald Trump’s shambolic presidency may be the most predictable event in political history.

The rationalizations, wish-casting, and projections of the pro-Trump flunkies notwithstanding, his presidency is cratering, at least in terms of governing. As Trump becomes more isolated and his relations with Congressional leaders trend into mother-in-law territory, the prospects for legislative victories appear to have gone south of slim. As a result, his presidency has now shifted into the full-on Grievance Phase.

■ Nicholas Wolfinger ("Professor of Family and Consumer Studies and Adjunct Professor of Sociology at the University of Utah") lived to tell the tale: How I Survived the Title IX Star Chamber

In recent years higher education has been roiled by new challenges. We hear constantly about threats to free speech, typically originating from students protesting right-leaning (or putatively right-leaning) speakers or professors. Fanned by conservative pundits, altercations at Evergreen, Middlebury, and other schools have consumed the lion’s share of media attention. Yet something equally corrosive to higher education has flown under the radar: the wanton abuse of Title IX of the Civil Rights Act. This has cost universities and taxpayers untold millions of dollars, and destroyed many lives in the process. Yet institutions of higher education have been largely successful in keeping Title IX cases out of the spotlight.

I recently read Laura Kipnis's book Unwanted Advances, (my take here if you missed it) and Wolfinger's story is unsurprisingly similar.

■ At Minding the Campus, Dion J. Pierre and Peter Wood descrbe What Damore’s Memo Taught Google. Notable for the higher-ed reactions to Damore's speculation that differences in male and female brains just might have more to do with differences in representation in STEM fields. For example:

That most controversial part of his memo garnered a response from Karen Panetta, Dean of Engineering at Tufts University. Panetta attributed Damore’s views not to his knowledge of the data but to his “education.” He had attended elite universities where “the majority of faculty were trained mostly by men.” And, “if you can’t break that cycle, it persists.” That cycle isn’t just a problem at those elite programs Damore attended, but everywhere STEM is taught. “It is a universal problem. It’s not just industry, you have to remember; it’s connected to higher education. That’s where it grows.”

Panetta isn't some women-studies adjunct at Nowheresville Community College; she's a Dean. Of Engineering. At Tufts.

■ And finally, our Google LFOD alert was triggered unexpectedly by Joyce Maynard's recent article in the NYT Travel Section: On Love, Motorcycles and the Art of Being a Passenger. ("One summer, the novelist and the man who would become her husband embarked on an unlikely journey through the heart of New England.")

We both owned leather jackets, acquired some years ago for the tamer pursuits of attending rock concerts, but Jim bought gloves, and I brought back into service an old pair of cowboy boots with hand-tooled roses on the sides, purchased on a long-ago trip to Austin. We bought helmets, of course, the safest we could find. (In keeping with the motto of my home state, “Live Free or Die,” New Hampshire does not require a motorcyclist or passenger to wear a helmet. But as much as we would have liked the feeling of the wind in our hair, we liked the idea of intact brains even better.)

Too much of my adult life has been spent wondering how people found Joyce Maynard's narcissistic meanderings even slightly interesting.