… says we should nuke the entire site from orbit. 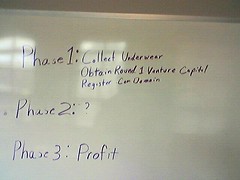 5 The plans of the diligent lead to profit
as surely as haste leads to poverty.

At Townhall.com, Kurt Schlichter has a piece titled Conservatives Must Regulate Google And All of Silicon Valley Into Submission. The piece captures the spirit of Trumpism admirably, by turning a company’s ability to engage in free enterprise into a privilege that can and should be withheld when the company does something to tick off someone in power.

There's a possibility that Schlichter's is a satirical "modest proposal". But even if so, it's too similar to what I've seen here and there over the past few years from some ostensibly conservative minds, roughly: "let's play as dirty as the left does."

That's not a path to anything worth winning.

■ John Daniel Davidson writes at the Federalist: Charlottesville Was A Fight Between The Tribal Right And Tribal Left, Intended To Polarize America.

Let’s get something out of the way: Charlottesville is not about Confederate statues or Robert E. Lee or the Civil War or American history. What happened on Friday night and Saturday is about power, specifically about forcing the great mass of Americans to choose sides in a zero-sum clash between contemporary American versions of Weimar gangs.

The moral is the same as with Patterico's Schlicter rebuttal: whether violence is involved or not, don't choose sides in a game of loser vs. loser.

■ My Google LFOD alert clanged for a recent op-ed in my local paper: Jeff Chidester on the Very Man Himself, Gen. Stark’s legend of American heroism.

A casual look at history confirms that Gen. Stark most likely was not the first person to use the term “Live Free or Die,” but that doesn’t matter. By most accounts, the addition to that phrase (“Death is not the worst of evils”) was original to Stark. Stark never claimed to be the author of “Live free or die,” which was offered as a written toast in honor of the men who fought at the Battle of Bennington. Stark knew the patriots who fought alongside him Aug. 16, 1777, earned every one of those words. Live free or die is more than just a state motto; it is a eulogy, a testament to those that believed in the promise of this country that they were willing to lay down their lives for an ideal greater than themselves.

Something to be forgotten at our peril.

■ But on a more modern note, a Vermont paper bemoans a troublesome trend: For Some, Seat Belt Use Not Clicking.

With 80 percent of drivers and passengers using their seat belts, Vermont was 10 percentage points below the national average. Georgia ranked No. 1 at 97.2 percent.

Care to guess which state brought up the rear, at 70.2 percent? Yes, the Live Free or Die state, and it’s probably no coincidence that New Hampshire is the only state that doesn’t require adults to buckle up and it ranks last in seat belt use.

I, for one, want to see draconian legislation mandating crash helmets for vehicle drivers. If it saves just one life, wouldn't that be worth it?

For the record, it's hard to see the lack of a mandatory seat belt law making a huge difference in people being killed. Some 2015 stats, copied from the Insurance Institute for Highway Safety:

We also have pull-off state liquor stores on our Interstates.