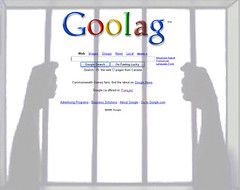 2 A person may think their own ways are right,
but the Lord weighs the heart.

■ Peter Suderman revisits a subject we'd all probably like to forget: Why Republicans Didn't Repeal and Replace Obamacare. Based off this TrumpTweet:

Senator Mitch McConnell said I had "excessive expectations," but I don't think so. After 7 years of hearing Repeal & Replace, why not done?

It's a fair question. Part of the answer is that elected Republicans failed for years to seriously engage with the question of how to replace the health care law they campaigned so adamantly against. But it's also an exercise in calculated blame shifting, one that demonstrates how little the president understands about the policy process. In other words, it's the entire party's fault.

Let us not forget to blame irresponsible voters, who continue to demand that Other People's Money be used to pay for things they think they have a "right" to.

■ Jonah Goldberg's G-File this week is Nork Agonistes. Some fun with the WSJ reporting "what happens to markets in the event of an all-out nuclear war."

From the article in the Wall Street Journal, not The Onion: “Strategists at Nordea Markets estimate that in the unlikely event of ‘a potentially uncontained military conflict’ in which global superpowers like China and Russia get involved, the European Central Bank would have to implement ‘highly dovish forward guidance’ and the yield curve would likely flatten due to weaker risk appetite.”

Oh, well, as long as the ECB will be issuing “highly dovish forward guidance” as the rest of us drink glowing puddle water and fight over rat meat, what is there to worry about?

■ And (sorry) back to Google's Ideological Echo Chamber, from the man himself, James Damore: Why I Was Fired by Google

I was fired by Google this past Monday for a document that I wrote and circulated internally raising questions about cultural taboos and how they cloud our thinking about gender diversity at the company and in the wider tech sector. I suggested that at least some of the male-female disparity in tech could be attributed to biological differences (and, yes, I said that bias against women was a factor too). Google Chief Executive Sundar Pichai declared that portions of my statement violated the company’s code of conduct and “cross the line by advancing harmful gender stereotypes in our workplace.”

And, of course, the word "heresy" appears, because it's accurate. There's a nice picture of Damore with a "Goolag" t-shirt. (Which is also our image du jour, which is not new: it's from 2006.)

■ And we rarely link to Instapundit here, because so many of his posts are simply pointers to elsewhere. But there's a longish post from Ed Driscoll on (there's that meme again) the Google Archipelago.

[…] the world's biggest search engine is well on its way to becoming The Google Archipelago. In an article Orwellianly titled “Internal Messages Show Some Googlers Supported Fired Engineer’s Manifesto” (heaven Lenin forefend — root out the hoarders and wreckers!) in Wired, which began as a libertarian-leaning publication before being purchased by the lefties at Condé Nast, the writer quotes from an anonymous Google employee. “‘Let's take a step back,’ the Googler wrote, ‘and look at what is actually making everyone in Google upset on this thread and in general since the start of the 2016 election season.’ He went on to describe how the apparent uniformity of thought at Google led people like Damore to feel ‘like they are being forcibly dragged into [sic] ideological indoctrination chamber,’” including these passages that sound like mash notes smuggled out of the Ministry of Truth:

As the Instaguy his own self might say: Read The Whole Thing.

■ And, yes, they went there: Yale Covers Up Gun in Stone Carving of Puritan, Indian.

Yale University has covered up a musket on a stone carving depicting a hostile interaction between a Puritan settler and an American Indian, leaving the latter’s bow and arrow uncovered.

Pictures at the link, and I'm not sure how they justified leaving the bow and arrow uncovered. But I'll try to pay attention long enough to find…zzzzz

■ And, finally VA Viper celebration of all things Schrödinger, including the Box, on the 230th anniversary of his birth. Long on jokes. For example, stop me if you've heard this, Schrödinger is pulled over by a cop:

The cop insists on searching the car […] and then asks Schrödinger, "Do you know you have a dead cat in the trunk?",

Schrödinger replies, "Well, now I do."

Where is PETA when you need them?