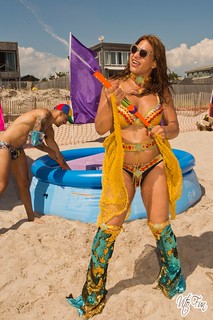 ■ We start a new Proverbial chapter today, continuing to move (unaccountably, sorry) backward in the book. Anyway, here is Proverbs 21:1:

1 In the Lord’s hand the king’s heart is a stream of water
that he channels toward all who please him.

I'm sure that metaphorical image was a lot less comical in arid ancient Israel than it sounds today.

■ Someday we will Move On from the Great Googly Moogly Diversity Dustup, but today is not that day. David Harsanyi notes the destroy-the-village-in-order-to-save-it mentality involved: Stifling Diversity to Protect Diversity.

By firing the Google-memo author, the company confirms his thesis. Most of the mainstream media refer to the former Google engineer’s leaked internal memo as the “anti-diversity memo.” The technology website Recode calls it “sexist.” And Google fired James Damore for “perpetuating gender stereotypes.” But in reality, the problem isn’t diversity; it’s that a senior software engineer admitted, perhaps unwittingly, to pondering three of the most scandalous thought crimes of contemporary American society.

Those thought crimes are: (1) Advocating true meritocracy rather than pigeonholing people by race, sex, ethnicity, etc.; (2) Saying ideological diversity is important; (3) Alleging men and women differ in their talents, interests, and goals.

■ At Reason, Nick Gillespie bares what sounds like it could be an uncomfortable truth: The Google Memo Exposes a Libertarian Blindspot When It Comes To Power. Well, to those libertarians who say (paraphrasing) "Who cares what the private company Google does? Libertarianism is all about coercion by governments."

The Google Memo controversy reveals the limitations of such narrow or "thin" libertarianism. Political correctness—which is both the enforcement of an orthodox set of beliefs and the legitimization of any criticism of those beliefs—is an attitude that is hardly limited only to state capitols, state agencies, and state universities. It exists everywhere in our lives and should be battled wherever we encounter it since it undermines free-thinking and free expression, the very hallmarks of a libertarian society. We have not just a right to criticize the actions of private actors but arguably a responsibility to do so, even if there is no public policy change being called for (Google should be allowed to fire whomever it wants, though its grounds for doing so are fair game for public discussion). Libertarianism is ultimately grounded not in anything like knowable, objective, scientific truths, but in epistemological humility built on (per Hayek and other unacknowledged postmodernists) a recognition of the limits of human understanding and that centralization of power leads to bad results. That is, because we don't know objective truths, we need to have an open exchange of ideas and innovation that allows us to gain more knowledge and understanding even if we never quite get to truth with a capital T. At the same time, we need to allow as many "experiments in living" (to use John Stuart Mill's phrase) as possible both out of respect for others' right to choose the life they want and to gain more knowledge of what works and what doesn't. Political correctness is not simply an attack a given set of current beliefs, it is an attack on the process by which we become smarter and more humane. That's exactly why it's so pernicious and destructive.

■ For those arguing about the actual claims made James Damore's Diversity Memo (and, once again, the memo's title is "Google’s Ideological Echo Chamber", not "Google Should Be a He-Man Woman-Haters Club") Sean Stevens and Jonathan Haidt cast a dispassionate eye on the evidence: What Does the Research Say About Gender Differences?

Our verdict on Damore’s memo: Damore is correct that there are “population level differences in distributions” of traits that are likely to be relevant for understanding gender gaps at Google. Even if we set aside all questions about the origins of these differences, the fact remains that there are gender differences in a variety of traits, and especially in interest/enjoyment (rather than ability) in the adult population from which Google and all other tech firms recruit.

Note the careful distinction between "interest/enjoyment" and "ability".

■ And finally, our Google (yes, we still use Google) LFOD alert was triggered by the Connecticut Post article by "humor columnist Jim Shea": Time for a dress code for politicians.

Seems some women were not allowed in the U.S. House chamber and the Speaker’s lobby — the private hallway connected to the chamber — because they were wearing sleeveless dresses and open-toed shoes. The decision to bar them entry was made by a House official called the sergeant-at-arms. Who knew the duties of the sergeant-at-arms were to be taken so literally?

Okay, that's not bad. For Connecticut. But what about LFOD? Ah, there it is:

What about sleeveless suits, or shirts unbuttoned to reveal hirsute chests? (If male cleavage is allowed, it would, obviously, call for a sergeant-at-gold chains.)

With all the exposed skin the patriotic tattoo — the eagle, the flag, the USA logo — would surely follow. And let us not forget the slogans: E Pluribus Unum, Don’t Tread on Me, Live Free or Die (or in the case of tax-allergic New Hampshire legislators, Live For Free or Die).

Oh, man: a cheap shot at "tax-allergic New Hampshire legislators". As if our legislators were continually frustrating the aching will of the electorate for increased taxes.

Of course, Connecticut is in a sound fiscal position to criticize … Oh, wait.

Connecticut, the richest state in the nation, has racked up $74 billion in debt. Its finances have more in common with Puerto Rico than Massachusetts, as the home of America’s financial wizards struggles to pay off its massive obligations big as the bills come due on decades of mismanagement.

If only they'd had a better dress code!