I've shied away from some of Neal Stephenson's later co-written works. But peeking at the first few pages at Barnes & Noble hooked me… so I went home and bought the book from Amazon. (No brainer: $35 list price vs. $21 at Amazon.) Mr. Stephenson's co-writer is Nicole Galland, and they make a mighty team.

Genre pigeon-holers will have a tough time. There's plenty of hard SF, time-travel implemented via ingenious gadgetry based on Schrödinger's famous box; but (oops) the gadgets only work with the cooperation of actual witches, which makes it kinda fantasy; and there's plenty of historical-fiction-style derring-do; and there's Tom Clancy-style military intrigue. And…

And also actual comedy. The whole book is pretty funny (you kind of have to ignore the wholesale slaughter at a suburban Boston Walmart, but…) and there are common outbreaks of hilarity.

And page 164 has a surprise I probably should have seen coming.

In short, highly recommended, especially for Stephenson fans and everyone else too. 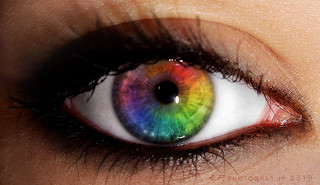 29 Do you see someone skilled in their work?
They will serve before kings;
they will not serve before officials of low rank.

Well, there you go. I pity those poor officials of low rank, having to put up with unskilled labor!

It brought to mind the only bit of the I Ching I know:

… thanks to Firesign Theatre.

■ I should note that yesterday, we made fun of Lady Googlers staying home from work in response to the publicized "Google’s Ideological Echo Chamber" memo. Ann Althouse plausibly argues that the NPR-reported story could be fake news. I've added an update to yesterday's post. Yes, a little voice was telling me that story was "too good to check", but I ignored it.

MOUNTAIN VIEW, CA—At a special press conference held at the technology giant’s sprawling campus Tuesday, Google engineers revealed exciting new technology that autocorrects any errant thoughts its users are having, replacing them with positions approved by the company.

■ On a slightly more serious note, the Federalist's Robert Tracinski asks: Okay, Google: How Do You Prepare A Country For Totalitarianism?

For others, even to ask what’s wrong with the memo is sexist: “To go through the emotional, and physical, labor of explaining the misguided memo would only be to validate it, and opens the door further for somebody else to raise the same ‘arguments’ later.” It doesn’t matter whether you agree with the dissenter, or what your own views are. To even want to discuss the issue, to even want to ask for reasons, makes you a wicked dissenter, too.

Among the amusements in Tracinski's article, a Tweeter's reaction to the Memo of Doom is quoted: (1) "if I worked there I would just walk to his desk and beat the shit out of him"; (2) musing about "fascists" and "fascism". I wonder if he/she took his/her brown shirt off between (1) and (2)?

■ Well, enough about Google's Brave Fight Against Heresy. The country's still on the fast track to fiscal doom, and, at Reason, Veronique de Rugy observes: Spending Caps Are Low-Hanging Fruit in the Fight Against Debt.

Another debt ceiling fight is just around the corner. The government's borrowing limit will need to be raised yet again by the end of September to avoid default. Indications suggest that there will be enough support between Democrats and moderate Republicans to pass a "clean" increase, meaning no spending limits or cuts will be attached. However, this fiscal status quo is absolutely unacceptable, especially because it would be easy to take a small step toward much-needed fiscal discipline.

Yes, "clean" is a dirty word in this context.

■ And our Google LFOD alert was rung up with the NH1 story: Confederate flags, 'Black Flies Matter' shirts leave some NH county fairgoers disgusted. Yes, both were on sale at the Cheshire Fair.

For the record, I find a "Black Flies Matter" T-shirt slightly amusing, Confederate flags to be an abomination. But a Facebook poster made the inevitable connection:

"This is NH go ahead and display the confederate (sic) flag. We embrace the veterans of the civil war (sic) and respect the history behind it. Also we are the live free or die state. So keep living free," AJ Evarts wrote in his 5-star review.

Here's the thing, AJ: if you're saying people should be free to buy and sell just about anything they want, fine. But it would be nice if you realized that LFOD and the Confederate Flag symbolize two mutually incompatible viewpoints.

■ Another LFOD invocation in this Union Leader column from Bill Walker: Tax marijuana, not entrepreneurs. He observes that "Organized crime went into recession after Prohibition, but they got their bailout when in 1937, FDR signed an anti-marijuana law." [Link added.] So…

FDR’s nanny-state approach to drugs has never worked well anywhere, least of all here. How could it? New Hampshire was never about trying to build a nanny state. We were, and are, about Live Free or Die.

Legalize and tax marijuana. Cut taxes on our businesses. Bring the best jobs to New Hampshire.

Bill makes a lot of sense.

■ And from all the way in LA, LFOD makes an appearance in Broadway World: Fringe Hit TRANSMISSION Gets Award and Extension.

"Transmission" is billed as a "One-Tran Show".

In Transmission, Trinity is on a mission to love and accept herself. The only problem is that she has a penis, and everyone thinks she's a boy. Aided by her Tranny Godmother Madonna, her alter ego LaJina Jones, Punany Poet and her secret lover codenamed "James Franco," Trinity comes to accept her transgender reality and is faced with a choice: Live free or die. Taking a ride on the trans-train unmasks a universal commonality: Each of us is struggling to transition from a life of self-doubt and condemnation, to one of internal happiness and peace.

Ticket prices are not free, but a low, low $15. In Hollywood, that's a steal.