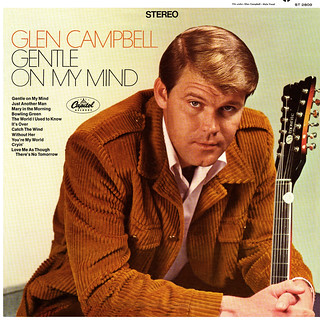 28 Do not move an ancient boundary stone
set up by your ancestors.

Sigh. We did this already.

■ Jimmy Webb and Glen Campbell went together like bacon and eggs. (And there's a cliché Jimmy would never be caught writing.) I've been a fan of both guys for decades. Both have had their personal and professional ups and downs, both eventually triumphed over demons.

Jimmy recalls the first time he met Glen, the first words Glen spoke were… "When you gonna get a haircut?" This was after Glen had the massive success singing Jimmy's "Wichita Lineman".

Let me share Jimmy's moving tribute to his friend. It's long (click through for the whole thing), but moving.

■ But other than that, it's back to Google's burn-the-heretic stupidity. We are a little National Review-heavy today, let's start with Rich Lowry, who examines The ‘Anti-Diversity Screed’ That Wasn’t.

The first thing to know about the instantly infamous “anti-diversity screed” written by an anonymous Google software engineer is that it isn’t anti-diversity or a screed.

The loaded description, widely used in the press and on social media, is symptomatic of the pearl-clutching over the memo, which questions the premises and effectiveness of Google’s diversity policies.

We'll have more on the "loaded description" below. Lowry should call it out for what it is: a lie.

■ Also at NR, Michael Brendan Dougherty notes how the criticism of the memo resembles the worst caricatures of holy rollers looking to strike down the satanic influencers lest they corrupt other minds. Google Receives 95 Theses of Diversity and Inclusion

Like many religious idols, the new gods are available for the crassest kind of religious manipulation. Adherents say that these values are not only good but also that they bring grace and success to all endeavors. They can be shoehorned into a kind of prosperity Gospel. You shouldn’t just pursue them because they are good, but because they will do good for you.

Nobody expects the … well, no, I guess everybody should expect the Diversity Inquisition.

■ In case you missed one or two, Bre Payton at the Federalist can help you out: Here Are All The Media Outlets Blatantly Lying About The Google Memo. (Et tu, Forbes?) Here's Ms Payton's response to Time's headline calling the document an "Anti-Diversity Tirade".

To anyone who’s actually read the memo, it’s clear a “tirade” is the least accurate way to describe it. It’s calm, it’s rational, and not at all angry or rant-like. Just because someone says something that doesn’t fit a certain political agenda doesn’t mean it’s a “tirade.”

The late Richard Mitchell, the Underground Grammarian, had an essay titled "The Answering of Kautski". It springs from this Lenin quote:

Why should we bother to reply to Kautski? He would reply to us, and we would have to reply to his reply. There's no end to that. It will be quite enough for us to announce that Kautski is a traitor to the working class, and everyone will understand everything.

Mitchell was writing about American educationism, but it's not hard at all to make the translation to this situation.

■ We linked yesterday to Gizmodo's version of (what it called) the "Full 10-Page Anti-Diversity Screed". But what they claimed was "full" was actually edited to remove "two charts and several hyperlinks". So you'll want to go to a more honest site to read "Google’s Ideological Echo Chamber".

The "charts" do a good job of illustrating what the author's talking about, and belies those (like CNN) who claim that the author believes "women aren't biologically fit for tech jobs".

■ And, finally, we're back to NR for @kevinNR's take, which goes where you might not expect: See a Little Light

The Google situation is a particularly maddening example of a strange modern phenomenon — the vulnerable person who is so exquisitely sensitive that he can act simultaneously as hostage and hostage-taker. One Google apologist noted that some of the firm’s employees were so distraught by . . . the discussion of opinions at variance with their own . . . that they stayed home from work. Those kinds of shrill theatrics used to be called “hysteria,” but we’ve all been taught that that is a horribly sexist word, which means that we’ll need a new word to describe women who are so emotionally incontinent that they become non-functional human beings when it is suggested that they are emotionally less continent than maybe they could be.

Protectionist trade policies being considered in Washington could increase the cost of aluminum. American breweries say that means you'll end up paying more for a can of beer.

In a letter to the president sent last week, some of the country's most prominent breweries, soda companies, and aluminum can manufacturers said they are worried about new tariffs on aluminum imports reportedly being considered by the White House. "Import restrictions or tariffs" on the types of aluminum alloys used to make cans "will add hundreds of millions in costs for companies in the food and beverage industry and will detrimentally affect over 82,000 American manufacturing jobs in industries that rely on these products," the CEOs wrote.

Ha! I buy my beer in bottles, bitch!

But (looking around the kitchen) yeah, there's a lot of aluminum here. Don't be stupid, Trump.