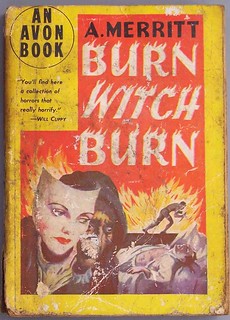 26 Do not be one who shakes hands in pledge
or puts up security for debts;
27 if you lack the means to pay,
your very bed will be snatched from under you.

I don't claim to be a Proverbial scholar but: I've noticed that it warns against borrowing (another example here) without warning against lending. Takes two to tango, amirite?

■ Well, that escalated quickly. The author of that document questioning the biases and assumptions behind Google's "diversity" efforts has been identified and fired.

Despite what the public response seems to have been, I’ve gotten many personal messages from fellow Googlers expressing their gratitude for bringing up these very important issues which they agree with but would never have the courage to say or defend because of our shaming culture and the possibility of being fired. This needs to change.

Congratulations to Google for confirming that it brooks no public dissent from its official ideology.

In reality, the problem is that a senior software engineer, perhaps unwittingly, admitted to pondering three of the most scandalous thought-crimes of contemporary American society.

The first was to propose that a meritocracy might be hea[l]thier for a company than bean-counting race, ethnicity, and sex. The second is pointing that ideological diversity matters. The third, and most grievous of all the wrongthinks, is suggesting that men and women are, in general, physiologically and psychologically different from each other, and thus they tend to excel at different things.

In the Progressive mind, such heresy must be rooted out and punished. And was.

■ At NRO, Jason Richwine catalogs the many, uh, diverse ways Progressive Officialdom weasel-words its "support" for free expression: ‘We Support Free Speech, But . . .’ It's not always "but"; sometimes it's "however", or "at the same time". Richwine's conclusion:

It would be more accurate and honest for these organizations to simply declare, “We do not believe in free speech, period.” So why don’t they? Well, they strongly support accuracy and honesty, but …

You see what he did there?

■ Immigration issues are officially Open Questions here at Pun Salad. As I've said before, my politics are Schrödinger's-Catlike, between libertarian and conservative; on immigration, I haven't opened the box to see where I come out.

But Sheldon Richman makes a libertarian case for just opening the borders wide to whoever wants to come: Immigration and Social Engineering.

Immigration brings out the social engineers and central planners across the political establishment. We see this clearly in the debate over Donald Trump’s support for legislation that would cut legal immigration in half while tilting it toward well-educated English-speakers and against low-skilled non-English-speakers.

Even establishment opponents of Trump’s position believe “we” must update the immigration system to better serve “the economy.” But they disagree on particulars. Trumpsters think the economy needs only scientists and inventors (preferably future Nobel Prize winners, I suppose), while Republican and Democratic anti-Trumpsters counter that the economy also needs some unskilled workers to pick crops in the hot sun and do menial work in luxury resorts, which Americans apparently don’t want to do.

Although Richman does a good job of cutting the Gordian knot of immigration policy, I can't help but think that it just might be a little more complicated than he presents. I recommend that interested folks read the "Immigration" chapter in Peter Schuck's recent book One Nation Undecided. (And then read the other chapters. It's a really good book.)

■ Another Pun Salad Open Question is whether there are too damn many Generals in the White House, as Tom Nichols claims. David French takes counterpoint: In Defense of Trump’s Generals

I’m going to have to disagree with a number of people I respect. It’s good, for this time, that American generals John Kelly, James Mattis, and H. R. McMaster are together working at the apex of American civilian government. It’s good, for this time, that these same men are operating as a check on the most erratic and ill-informed president in modern American history, and maybe ever.

■ The Club For Growth, in league with some other conservative/libertarian groups pens a letter to Senator Michael Crapo, who chairs the relevant committee overlooking the Export-Import Bank.

[…W]e write to strongly denounce the special interest business groups that are urging the White House to drop the appointment of Scott Garrett as the next president of the Export-Import Bank.

It is beyond audacious that the recipients of the Bank’s subsidies believe that they, not the President, can select the person to run the very agency that will hand the goodies out to them. This is regulatory capture at its worst.

This is not an Open Question at Pun Salad. If the Export-Import Bank can't just die, best to have a reformer at the helm.

■ And our Tweet du Jour is a clever (well,… half-clever) retort to Donald Trump, that my Google LFOD alert triggered on:

Thanks Mr. President. I've updated our license plates and got rid of our old crappy motto that we all hated anyway. #NewHampshire pic.twitter.com/TpdAxdsBDm

That's a pretty good photoshopping. I didn't do near as well when I tried it.