Can't say enough good things about this book. The author, Peter H. Schuck, is a Yale Law prof and a self-described "militant moderate". You might think: "Oh oh. Another mealy-mouthed 'no labels' tergiversator." You'd be wrong about that.

Instead, Prof Shuck speaks to his reader as a "serious well-educated voter". (Flattery will get you, if not everywhere, at least somewhere.) His method is to examine five "hard" issues confronting modern America: (1) poverty; (2) immigration; (3) campaign finance; (4) affirmative action; and (5) religious exemption from secular public policies. For each issue, he presents a dense array of facts. He considers arguments made on both (or, more accurately, all) sides. And he does so with scrupulous fairness, avoiding partisan spin or ideology-based conjecture. Or, in his own words: "reasoned, empirically informed, normatively open-minded analysis."

As you might expect from a Lawprof, the legal issues are carefully dissected and examined (especially on the last three issues). Prof Schuck does a fine job explaining such matters to the legal ignoramus lay reader.

Yes, he does, on occasion, reveal his own opinions on these issues. He does so in a tentative your-mileage-may-differ manner to which it's impossible to take offense.

If I had one quibble—it's actually more of a regret—it's that the book is so timely, a snapshot of where each of these issues stood at the time of writing, circa late 2016. But the facts surrounding these hard issues will undoubtedly evolve and shift. I found myself wishing that the book could (somehow) evolve and shift with them. But no, there it sits, in cold type on dead trees.

But the important thing is that Prof Schuck's method is all too rare. He's not looking for victory. Instead, he's looking for objective improvement: repairing obvious flaws via narrowing "the range of disagreement." Partisans consider compromise a dirty word; he does not. The book's final word:

The only alternative to compromise, after all, is some form of coercion that threatens the perceived legitimacy of the victors and leaves the defeated bitter, vengeful, and determined to undermine the victorious party and policy. Sound familiar? 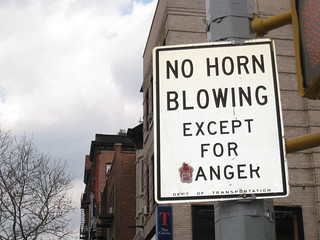 ■ Proverbs 22:24-25 is pretty good advice on avoiding the short-fused:

24 Do not make friends with a hot-tempered person,
do not associate with one easily angered,
25 or you may learn their ways
and get yourself ensnared.

These days, Pun Salad is more likely to be Disgusted than Angered. Hopefully that passes Proverbial muster.

(Until recently, Pun Salad tried to follow the Elvis Costello rule: "I used to be disgusted, now I try to be amused". But that seems to get harder day by day.)

But it’s not anti-diversity, and it’s not a screed. It’s written calmly and reasonably well, and it makes entirely legitimate points.

I value diversity and inclusion, am not denying that sexism exists, and don’t endorse using stereotypes.

No, of course not. The author is making his dissent against Progressive ideology, not "diversity". And, as you can expect, the response has been torrid. As in "burn the witch" torrid. The Engadget article, for example, claims the document is "evidence that a toxic culture still exists within tech companies." And reduces the author to a knuckle-dragging caricature. For example:

He contended that women had low representation in software engineering due to biological differences (because they prefer people more than things, he claims), and said that the company should drop attempts to include different cultures and genders to instead focus on accommodating conservative social views.

But what the author actually says isn't that controversial, and is carefully stated, for example::

Part of building an open, inclusive environment means fostering a culture in which those with alternative views, including different political views, feel safe sharing their opinions.

Reader, I suspect you can guess the very next word.

But that discourse needs to work alongside the principles of equal employment found in our Code of Conduct, policies, and anti-discrimination laws.

The author is a brave soul, and Google may well prove his point about its "intolerance for ideas and evidence that don’t fit a certain ideology."

■ Speaking of heretics, your Tweet du Jour is from Charles Murray, featuring a long quote from Niall Ferguson:

Mincing words is a concept with which @nfergus is unfamiliar. https://t.co/jCaeGVGzUl pic.twitter.com/7aMI2aadRX