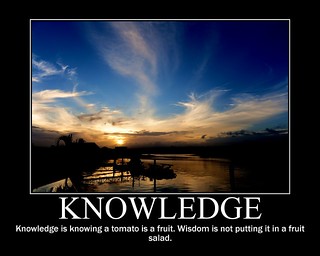 ■ Proverbs 22:12 is optimistic about supernatural intervention on the side of the knowledgable good guys:

12 The eyes of the Lord keep watch over knowledge,
but he frustrates the words of the unfaithful.

In 2017 America, I wouldn't rely on that being reliably true.

■ Good news from Wired: Darpa Wants to Build a BS Detector for Science

Adam Russell, an anthropologist and program manager at the Department of Defense’s mad-science division Darpa laughs at the suggestion that he is trying to build a real, live, bullshit detector. But he doesn’t really seem to think it’s funny. The quite serious call for proposals Russell just sent out on Darpa stationery asks people—anyone! Even you!—for ways to determine what findings from the social and behavioral sciences are actually, you know, true. Or in his construction: “credible.”

The author, Adam Rogers, has kind of a Tom Wolfe vibe, which I enjoy. But you'll be amazed (or, if you've been following this stuff for awhile, not amazed) at how much bullshit there is in the soft sciences.

I am a big fan of shows about doomsday preppers, homesteaders, survivalists, generally people who live off the grid. Some of my favorites are Homestead Rescue and Live Free Or Die. But there’s a central delusion in these shows that is never far from my mind when I’m watching these shows: off the grid people are not self-reliant, but instead are mooching off of the civil society, government, and safety net the rest of us contribute to.

Comment: yes, "Live Free or Die" is an actual TV show, on the National Geographic Channel. Which, unlike Mr. Ozimek, I have not seen. Much of Mr. Ozimek's thesis relies on his supposition that those folks on the show would go whimpering back to modern society if they experience a medical crisis. Leaning so much on hypothetical hypocrisy is an uncharitable mistake.

But Ozimek's deeper point is: modern society's specialization and worldwide trade isn't the bug that the LFOD protagonists assume; it's a feature.

■ It is the 50th anniversery of the Doors' Light My Fire hitting number one on the charts. Mark Steyn (as usual) provides history and musical insight and a pretty good anecdote:

Try to get through that without chuckling.