… wants to go down in a silver Thunderbird. 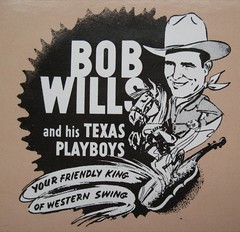 ■ Is Proverbs 22:11 relevant in 21st Century America? I am struggling to interpret it in some way to make it so:

11 One who loves a pure heart and who speaks with grace
will have the king for a friend.

Not getting anything, sorry. Unless maybe it's the Friendly King of Texas Swing, Bob Wills?

No, probably not. Still, we take them as they come.

■ Hey, Guys of a Certain Age: Remember the old (but not that old) Tom Swift books? They had such cool titles: Tom Swift and the Asteroid Pirates! Tom Swift and his Megascope Space Prober!

For some reason, they came to mind when I read the headline of Andrew C. McCarthy's NRO article: Debbie Wasserman Schultz and the Pakistani IT Scammers. Worst Young Adult Book Series title ever!

The prime Pakistani IT Scammer is a guy named Imran Awan. And (speaking as an ex-IT guy), Imran really had it going on, for himself and his family:

Congressional-staff salaries are modest, in the $40,000 range. For some reason, Awan was paid about four times as much. He also managed to get his wife, Alvi, on the House payroll . . . then his brother, Abid Awan . . . then Abid’s wife, Natalia Sova. The youngest of the clan, Awan’s brother Jamal, came on board in 2014 — the then-20-year-old commanding an annual salary of $160,000.

■ @kevinNR makes the parallels between David Mamet's Glengarry Glen Ross and a certain Presidential administration: Death of a F***ing Salesman. I didn't know, because I am an idiot, that Alec Baldwin's character in the movie, Blake, didn't appear in the original play. But anyway:

What’s notable about the advice offered to young men aspiring to be “alpha males” is that it is consistent with the classic salesmanship advice offered by the real-world versions of Blake in a hundred thousand business-inspiration books (Og Mandino’s The Greatest Salesman in the World is the classic of the genre) and self-help tomes, summarized in an old Alcoholics Anonymous slogan: “Fake it ’til you make it.” For the pick-up artists, the idea is that simply acting in social situations as though one were confident, successful, and naturally masterful is a pretty good substitute for being those things. Never mind the advice of Cicero (esse quam vider, be rather than seem) or Rush — just go around acting like Blake and people will treat you like Blake.

If that sounds preposterous, remind yourself who the president of the United States of America is.

Kevin kind of wimped out there translating the Latin esse quam vider for us. I'm old enough to remember when NR readers were presumed to know Latin.

[Update: I am reliably informed that the Latin phrase should be Esse quam videri. Tsk, Kevin! The ghost of WFBJr will haunt you for that.]

■ A few days ago, I muttered that "Occupational licensing has to be dismantled at the state level." At Reason, Eric Boehm notes that the SCOTUS got involved a few years back, in North Carolina Board of Dental Examiners v. Federal Trade Commission, finding that licensing boards were not immune from Federal antitrust laws. Which raises the question: how do they get immune? And so… State Licensing Laws Are Mostly Awful; Sen. Mike Lee Might Have a Solution.

Sen. Mike Lee, R-Utah, on Thursday will introduce a bill that would give states two paths to immunity. The first by bringing state licensing boards under direct supervision by the legislative and executive branches. The second by requiring states to show why a certain licensing requirement is necessary to protect public health and safety.

Better than nothing. Best would be: states just say no to "professions" looking to limit competition via licensure.

■ Stephen Gutowski of the Daily Beacon answers the question you may not have realized you were asking: What It’s Like to Shoot a Machine Gun from a Helicopter Over the Nevada Desert.

Like any honest reviewer, I feel compelled to include some of the downsides of the experience. For one, I've never been to Las Vegas in the summer, and the moment I stepped out of the airport I felt as though I'd stepped into a pizza oven. It was never under 100 degrees the entire time I was there. I suppose the targets I was shooting at from the helicopter could've been more interesting. Plus, the NBA Summer League was in town and the San Antonio Spurs were staying at my hotel—all the professional basketball players walking around made me feel short. Also, the gun jammed a couple times during the flight and that was kind of ann—OH WHO AM I KIDDING THIS WAS ONE OF THE MOST INCREDIBLE EXPERIENCES I'VE EVER HAD IN MY ENTIRE LIFE! EVERYBODY SHOULD DO THIS!

Readers, the Machine Gun Helicopters site is pretty much at the URL you would expect it to be.

■ And finally, we can all join with Michael Ramirez in experiencing That Sinking Feeling