Ohmigod, It's Full of Links!

Another book I bought a long time ago (c. 1996) and only now made it to the top of the to-be-read pile. I think I might have seen a good review somewhere. Although I might have noticed Wikipedia that it was nominated for the 1996 Anthony Award, Shamus Award for "Best First Novel" and the Dilys Award for "Best Novel". This was G. M. Ford's first novel, and the debut of his long-running private eye hero, Leo Waterman. (The series seems to be active, with the seventh book published last year.)

It is set in Seattle, and I suspect that a lot of Seattle mystery fans buy it for the local shout-outs, much as we New Englanders devour Spenser novels.

Leo is from a prominent, semi-reputable family, and he has contacts up and down the social ladder. In this case, he's hired by a mostly-retired hood to track down a wayward granddaughter. As it turns out, she's running with a gang of eco-terrorists, and they're acting secretively enough to spur Leo into looking deeper into their activities. Unfortunately, this involves him nearly getting killed when one of the group apparently gets incinerated by a different bunch of baddies. And one of the derelict Seattle street people Leo hires for surveillance purposes gets tortured and killed too. So that makes it personal.

It's a decent page turner, with occasional flashes of humor and absurd situations. I was disappointed slightly when the villains revealed at the end resort to purple mustache-twirling dialog. (Not that I'm saying they have mustaches. No spoilers here. But if they did have mustaches, they'd be twirled.)

Oh yeah, don't read the blurb on the Amazon page, it gives too much away.

One of Mrs. Salad's picks. She apparently has a thing for J. K. Simmons. That's OK, so do I. For his acting talent only, I assure you. Although I admire his hairstyle too. And, for the record, his was the best J. Jonah Jameson portrayal so far in a Spider-Man movie.

The movie is direct-to-DVD, I think; its "Box Office/Business" link at IMDB is grayed out.

It's a cute idea, though. Martin (Emile Hirsch) is a professional banjo player; his relationship with Ginnie (Analeigh Tipton) is serious enough to warrant a meeting with Ginnie's dad (and that would be J. K. Simmons). But Emile is a laid-back slacker, while Dad is a zero-nonsense international businessman with a bespoke suit. The get-together is a slow-motion disaster.

Jump to six months later, Martin and Ginnie have broken up. Dad shows up at Martin's door, looking for her. He can't find her, she's not answering her phone. Not that Martin has any idea where she is either, but he's dragooned into a search through their colorful acquaintances for the remainder of the evening, into the early morn.

Does the Martin/Dad odd couple relationship gradually evolve into a bit of a bromance, based on their mutual like of Bob Seger? Yes, you saw that coming. To its credit, the movie avoids a different cliché (which I won't spoil).

And Mr. Simmons' performance is nuanced and interesting, of course. Wouldn't expect anything different. 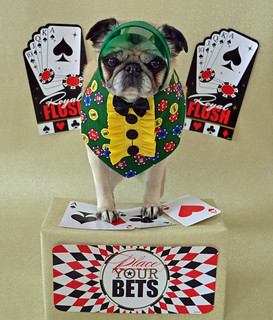 8 Whoever sows injustice reaps calamity,
and the rod they wield in fury will be broken.

To quote Hemingway: “Isn’t it pretty to think so?”

The Democrats have sensed weakness, and chosen this moment to pounce. To capitalize on Donald Trump’s low approval ratings they are rolling out Elizabeth Warren (38 percent approval), Nancy Pelosi (29 percent), and Chuck Schumer (26 percent). Delivering the message that the party has fresh ideas are three emissaries who are a combined 211 years of age, deploying a phrase — “a better deal” — that harks back to the hottest policy proposals of 1933. To prove they’re in tune with the concerns of middle America the Democrats are dispatching emissaries from Harvard, San Francisco, and Brooklyn. Oh, and the Democrats’ chief problem, according to the Democrats? Americans just aren’t mentally supple enough to understand how great our program is for them.

Let me be the 637th person to point out that the new Dem slogan, while undoubtedly focus-grouped out the wazoo, sounds like a Papa John's ripoff.

■ A. Barton Hinkle, writing at Reason, pens a short history: Good Intentions, Bad Outcomes: The Story of Government. One example:

[…] Consider a Kentucky program aimed at reviving poor rural areas by retraining workers to become computer programmers. The effort to breathe new life into the coalfields was part of President Obama's TechHire Initiative, and was conducted in concert with the Appalachian Regional Commission.

According to report from The Daily Signal, the job-training program was intended to turn out 200 skilled workers who could write code for smartphone apps and similar high-tech ventures. But the effort has fallen short: After $1.6 million, only 17 program participants have landed tech jobs. Some are quite happy with where they landed, but others who went through the program are not: "I am now in a job that has absolutely nothing to do with programming," says one.

A worthwhile Constitutional amendment would be to require every new Federal program to state its objective, measurable goals; if those goals are unmet, the program is automatically killed.

■ I noticed some brouhaha over a new HBO series in the works: Confederate, a Civil War dystopia from the Game of Thrones creators, is already controversial

Per HBO’s July 19 press release, David Benioff and D.B. Weiss’s Confederate “chronicles the events leading to the Third American Civil War. The series takes place in an alternate timeline, where the Southern states have successfully seceded from the Union, giving rise to a nation in which slavery remains legal and has evolved into a modern institution.”

Some people went bonkers about this.

Dear @HBO:
Black trauma is not for sale.
Black pain is not for your amusement.
Black bodies are not here for your award campaigns.

Gasp, sputter. It's a dystopia, right? Two recent examples are The Handmaid's Tale (male chauvinists won) and The Man in the High Castle (Nazis won). So here, Confederates won. It's not as if they'll be shown as the good guys. Why the outrage?

Well, the article resides at the young adult website, Vox, and this seems to be at the heart of the matter:

The one aspect of Confederate that has early critics breathing a tentative sigh of relief, however, is that Benioff and Weiss are being joined by the Spellmans as executive producers, so the creatives involved won’t be all white men. In fact, their partnership was heavily emphasized throughout that Vulture interview, with Malcolm insisting that he and Nichelle are “not props being used to protect someone else." Furthermore, he continued, Confederate will be “deeply personal” for them, “because we are the offspring of this history. We deal with it directly, and have for our entire lives.”

Ah, a sigh of relief that the people involved won't all be white men.

Coming up on 54 years since MLK had a dream that his four little children would not be judged by the color of their skin but by the content of their character. People (like ReBecca Theodore) are doing everything they can to put that day off.

It's possible to imagine shows and movies constructed according to intersectional activist demands won't be tedious and lousy. It's just not the way to bet.

■ If you've been wondering about what all that public pubic shouting you've been hearing lately is for, here's an explainer from PJMedia's Megan Fox: Feminists Shout 'VAGINA' in Public for Planned Parenthood. WTF..

If I were paid to disrupt the left and make them look stupid, I would have invented Vagisil's #VaginaChallenge. Modeled after the ALS Ice Bucket Challenge of a few years ago, this one asks women to go into a public place and take a video of themselves shouting "VAGINA!" at the top of their lungs for "women's health" or something. (I don't know if wearing a vagina costume gets you extra credit or not.)

This must be a false flag GOP operation. Has to be. Right?