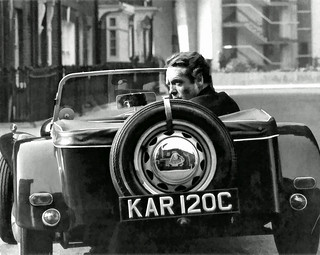 ■ As we've noticed previously, some Proverbs are really just Observations. Proverbs 22:7 is like that; it also sounds like it could have been written by the Bernie Sanders of the day:

7 The rich rule over the poor,
and the borrower is slave to the lender.

But the Bible doesn't say "neither a borrower nor a lender be". That was a different guy.

Donald Trump made two things abundantly clear during a meeting with county sheriffs last February: He did not know what civil asset forfeiture was, and he wanted to see more of it. The president will get his wish thanks to a directive issued last week by Attorney General Jeff Sessions, who has a clearer idea of what civil forfeiture entails but is only slightly more sensitive to its potential for abuse.

But it did show up as a plot driver in a few Justified episodes, so: not all bad.

■ @kevinNR bemoans the A National State of Non-Emergency. (The URL suggests the original headline was something like "Republicans' Ridiculous Health Care Process Shows Everything Wrong With US Politics".) It's a historical tour of how we got to this sorry state. Basically, we can blame Joe Biden, Robert Byrd, and Ted Kennedy; it's a side effect of giving us the term "Borking". And today we have…

The recently proffered Republican health-care bill instantiates much of what is wrong with our politics: The bill was constructed through an extraordinary process in which there were no hearings, no review from the Congressional Budget Office, and no final text of the legislation until shortly before the vote. The process is erratic and covert rather than regular and transparent. It was put together in a purposeful way to avoid substantive debate and meaningful public discourse, making the most of the majority’s procedural advantages for purely political ends. The Republicans are perfectly within their legal authority to proceed that way. But that’s no way to govern. We all know this. As Rod Dreher recently put it, Republicans will have to choose whether they love the rule of law more than they hate the Left. Democrats faced the same choice, once, and they chose poorly, having set upon a course of political totalism that has seen the weaponization of everything from the IRS to the state attorneys general. Republican populists who argue that the GOP must play by the same rules in the name of “winning” have very little understanding of what already has been lost and of what we as a nation stand to lose. The United States will not thrive, economically or otherwise, in a state of permanent emergency.

Nobody seems willing to back down from the barricades.

■ Tired of all the Trump-bashing here at Pun Salad? Me too, at times. So let's cheer some good news from the Daily Signal: Trump’s Labor Secretary Targets Occupational Licensing for Elimination.

Labor Secretary Alexander Acosta took on occupational licensing reform Friday, calling for the elimination of unnecessary licenses and the streamlining of those that make sense.

Occupational licensing has to be dismantled at the state level. But having a powerful Fed on the side of the angels is an advantage.

■ Cartoonist/comic Scott Meyer is a pretty funny guy, and he shares my ironic love for the old TV show The Prisoner. Let me share this bit…

I had a boxed set of The Prisoner on DVD. It came with a documentary, made while the creator (head writer and star of the show, Patrick McGoohan) was still alive. Everyone they interviewed said he was a gentleman, that it was an honor to work with him, and that people didn’t understand the last few episodes of the show because he was misunderstood and ahead of his time.

Now I have a boxed set of The Prisoner on Blu-ray. That set came with a documentary made after Patrick McGoohan’s death. Many of the people interviewed say that he was a nightmare to work with, and that the last few episodes made no sense because he was making it up as he went, had written himself into a corner, and ended up having to turn in whatever ideas he had whether they made sense or not.

You can click over to read Scott's comic commentary on The Prisoner; if you go, and you're a fan of Star Trek, don't miss Ask Captain Pike.

I, for one, am Thinking more than I Exercise. Take that, Researchers!