… with Gail Fisher as "Peggy." 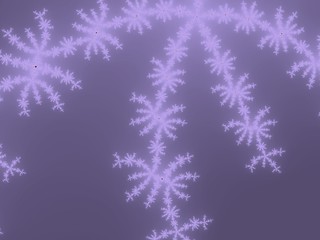 [A recent op-ed by Marion Blair Kelley ("Don’t call me ‘snowflake’") in my local paper spurred me to reply. I thought I'd blog it too.]

[Update: they published it.]

Marion Blair Kelley's recent column relates being called a "[bad word] snowflake" in a Portsmouth traffic circle road-rage incident, accompanied by the too-common obscene hand gestures. Fortunately, only feelings were hurt. But I agree that yelling foulmouthed insults at even awful drivers is bad.

However, consider Ms. Kelley's op-ed revenge: to belatedly insult her antagonist in front of a much wider audience. He is a "young punk" and, as her subsequent paragraphs clearly imply, almost certainly an incipient [bad word] antisemitic Nazi stormtrooper.

And Ms. Kelley criticizes the use of "snowflake" because it is a "conversation ender." Irony is apparently lost on her.

Her drive-by lexicography of the origins of "snowflake" is tendentious, apparently based on a few seconds of scanning through the Urban Dictionary's various definitions to cherry-pick the vilest. If only she'd spent a few more Google-seconds, she'd easily have found a more accurate history. "Snowflake" was used as a political insult as far back as the 1860s, when Missouri abolitionists threw it at pro-slavery Democrats of the day, implying they favored white people over black people. Its more recent usage is probably due to its use in Chuck Palahniuk's 1996 novel "Fight Club", and the popular movie. Today, it's most clearly a metaphor for the easily-offended, those who "melt down" easily in response to relatively mild stimuli: greeting conservative campus speakers with disruption and violent confrontation; detecting "microaggressions" in everyday conversations; finding racism in sombrero-wearing Cinco de Mayo celebrants; deducing that a short-tempered insult must be coming from a wannabe brownshirt.

And some people have made the obvious point: if "snowflakes" are people who lash out when confronted with even mild criticism, the most prominent example is the current President. Sad!