I couldn't find anyone in the Salad family to go see this movie with me. Sigh. So on a sultry evening when Mrs. Salad was off at a church event, I got a second-row ticket at the Regal Cinema in Newington, and…

I should mention that I think Gal Gadot deserves an Oscar for this performance. I swear that if she looked me in the eyes and said "I am an immortal Greek goddess, brought up by Amazons on a supernaturally hidden island", I would say "Uh, OK. What can I do for you?"

Also, if Gal Gadot looked me in the eyes and said "I am the cousin of a Nigerian astronaut who was sent on a secret mission to a Soviet space station back in the 80s", I would also probably say "Uh, OK. What can I do for you?" And then we'd get into the details of my bank account numbers, etc.

Anyway: Ms. Gadot plays the mature Diana. She's always been an out-of-place rebel there on her Amazonian island. (Because she's the only kid. They're all women, duh.) One day a World War One-style biplane penetrates the island's cloaking device, and crashes offshore. She rescues the pilot, and he's Captain Kirk! And—oh oh—he's being pursued by World War One-style German troops. There's a fierce battle, but the Krauts are no match for Diana, the Amazons, and Captain Kirk. (World War One Germans aren't as bad as World War Two Germans, but it's close.)

This leaves an unstable situation on the island; Diana and Captain Kirk set off on what they perceive to be different missions. Needless to say, they're both slightly wrong about that, and what ensues is a good deal of comic-book battling. It's a lot of fun.

I've read a few Harlan Coben books in the past, but the most recent one was nearly twelve years ago. It's not that he's a terrible writer, he's pretty good. His website claims that his last ten consecutive novels all debuted at number one on the New York Times bestseller list, and who am I to doubt that? But it's like Steven King: I'm not sure I want to make that sort of commitment.

But this book, No Second Chance, was leant to me by a friend in return for me loaning her a Dennis Lehane book. (Which, ahem, hasn't been returned yet.) So I felt obligated to read it. And it's not bad, but again, nothing that tempts me to read Coben's entire oeuvre.

It opens with our protagonist, Dr. Marc Seidman, in the hospital, recovering from a near-fatal gunshot wound. That's not the only bad news: his wife was fatally shot, and their six month old baby daughter, Tara, has vanished. That's some pretty intense stuff to go through.

Marc, obviously, has one goal: find out what happened to Tara and, if possible, get her back. Soon enough, there will be a ransom demand, with the usual boilerplate demands: no cops, come alone. Fortunately, his dead wife's daddy is rich. With the assistance of his good buddy and lawyer Lenny, he … notifies the cops, the ransom is taken, but no Tara. Marc goes deeper into despair, but life moves on.

But soon enough (but not very soon), there's another ransom demand. Marc is savvy enough this time to enlist an old flame, ex-FBI agent Rachel, in an effort to outwit the bad guys. But it becomes apparent that there's more going on, something totally sordid and unexpected.

It was a page turner, but felt contrived all the way through. A colorful character is brought in unexpectedly, which is fine, but it's not difficult to notice that the character's presence and nature is extremely convenient for the plot to resolve in the way it does. 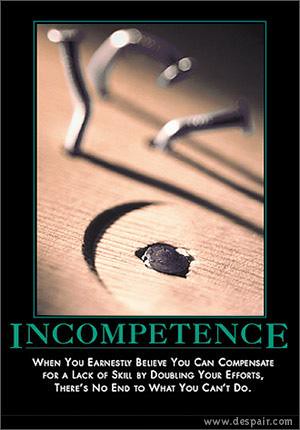 ■ We start a new Chapter of Proverbs today with Proverbs 22:1:

1 A good name is more desirable than great riches;
to be esteemed is better than silver or gold.

■ Peter Suderman is one of the libertarian go-tos on health care policy. At Reason, he offers condolences: Obamacare Repeal, R.I.P.. It's a brief history of the GOP train wreck resulting from the party's solemn pledge to "repeal and replace".

And, more importantly, the party could never settle on any clear systemic goals for health policy. It wasn't like not being able to pick a design for a house. It was more like not knowing whether you want to build a house or a boat or a tractor. The most basic elements of a health care plan were always up in the air.

I don't know what will happen next. It's likely to be bad.

■ When you believe in Science, the holy forces of Peer Review will inevitably lead you to Truth, right? Well, unless your prized theory is getting shot down. Then, you call up a lawyer. At NR, Robert Bryce looks at the latest green-debunking: Climate Lawsuit Brewing?

Mark Jacobson, the Stanford engineering professor who became the darling of the green Left by repeatedly claiming the U.S. economy can run solely on renewable energy, has threatened to take legal action against the authors of an article that demolished his claims last month in the Proceedings of the National Academy of Sciences.

That is PNAS, not "Dave's Corporate Shill Journal".

In an amusing sidenote, Jacobson warns Bryce that quoting his lawyer-invoking email "would be considered a copyright infringement.”

■ At the Atlantic, Jonathan Haidt and Greg Lukianoff make a point you think might be obvious: Why It's a Bad Idea to Tell Students Words Are Violence.

Of all the ideas percolating on college campuses these days, the most dangerous one might be that speech is sometimes violence. We’re not talking about verbal threats of violence, which are used to coerce and intimidate, and which are illegal and not protected by the First Amendment. We’re talking about speech that is deemed by members of an identity group to be critical of the group, or speech that is otherwise upsetting to members of the group. This is the kind of speech that many students today refer to as a form of violence. If Milo Yiannopoulos speaks on the University of California, Berkeley, campus, is that an act of violence?

Let's recall a local data point, from this past May: the young lady attending the University Near Here claiming that “Blackface is a direct death threat." You can't just make stuff like that up on your own. You have to be very carefully taught.

■ At Reason, Andrea O'Sullivan notes the incoherent mess that the feelgood advocates of "Net Neutrality" are advocating: Net Neutrality Supporters Should Actually Hate the Regulations They're Endorsing

If you went on the internet at all last week, you could not help but miss some of the web's most popular websites publicizing their campaigns that defend the Obama-era telecommunications regulation known as the Open Internet Order (OIO). Last Wednesday, tech heavyweights like Google, Facebook, Twitter, Reddit, and even Pornhub held a "Day of Action" to support the controversial FCC rules. The websites bombarded users with blog posts encouraging folks to contact their representatives and popup messages bemoaning the future of a slow and tiered internet. But ironically, these websites' stated goals are in direct contradiction of the regulations that they ostensibly support.

Ms. O'Sullivan has a good summary of the History So Far, and how the true-believing NetNeuts went astray in hitching their blurry dreams to real-world pols.

■ My Google LFOD alert was triggered by an unlikely source, an LTE from one Frank Pagano of Jay NY, published in the upstate NY paper The Sun: We’re all in healthcare fight together. It's a stirring plea!

The U.S. has much higher infant mortality than the EU and Canada so pre- and postnatal care is crucial. “Live free or die” sounds great, but what’s the societal and economic impact of preventable illnesses and birth defects?

Mr. Pagano, probably correctly, notes that LFOD implicitly frowns on robbing-Peter-to-pay-Paul schemes, even when Paul is Paulette, and you're actually paying Paulette's doctor. You're encouraged to look at the Human Progress website's take on infant mortality.

■ The news (from TechCrunch) is that Disney is opening an immersive Star Wars Hotel where each guest gets a storyline Specifically:

All of the employees (or ‘cast members’, in Disney Park lingo) will be in costume and in character.

"Hello, room service? The minibar is out of macadamia nuts."

"I am altering the contents of your minibar. Pray I don't alter it any further."