… is lookin' in the sun for another overload. 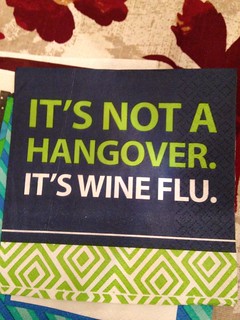 ■ The windup to Proverbs 23 is a seven-verse epic on the perils of ancient Israeli wine: Proverbs 23:29-35

29 Who has woe? Who has sorrow?
Who has strife? Who has complaints?
Who has needless bruises? Who has bloodshot eyes?
30 Those who linger over wine,
who go to sample bowls of mixed wine.
31 Do not gaze at wine when it is red,
when it sparkles in the cup,
when it goes down smoothly!
32 In the end it bites like a snake
and poisons like a viper.
33 Your eyes will see strange sights,
and your mind will imagine confusing things.
34 You will be like one sleeping on the high seas,
lying on top of the rigging.
35 “They hit me,” you will say, “but I’m not hurt!
They beat me, but I don’t feel it!
When will I wake up
so I can find another drink?”

Translation note: at verse 33, King James has instead "Thine eyes shall behold strange women." That sounds kind of appealing!

But I can't help but think some ancient Israeli vintner managed to mix in some hallucinogenic 'shrooms with his product, and slipped it to the Proverbialist.

■ After a short break, @kevinNR is back with a wide-ranging essay on risk: Apartment Fires and Health Insurance. The opening is provocative:

Three people have died in a condominium fire in Honolulu. It was their fault.

The fire almost certainly would have been contained with no loss of life and minimal damage to property if the building had had a modern sprinkler system installed. It didn’t. The building did not have a sprinkler system installed because the residents, through their condominium association, had rejected a proposal to install sprinklers and had lobbied against being required to install them by the local authorities.

How should a free society think about risk management and regulation? It's a general topic that hits on a lot of specific issues, not just building codes and health care. Given the wide variability in peoples' risk tolerance, and also the proclivity toward irresponsible Pollyannism, it's a very thorny problem, and Kevin does a fine job of covering the issues involved.

Medicaid provides health care to 75 million Americans. It's also a hideously expensive program that is at the center of the raging health-care debate in Washington. Republicans want to scale back the program, and Democrats warn that doing so will cause nothing short of mass death.

The time interval between any given Democrat (a) pontificating against GOP "fear-mongering" and (b) claiming that GOP legislation will cause mass death grows ever shorter.

■ At the Federalist, Robert Tracinski notes The Hypocritical Dishonesty Of The Net Neutrality Campaign. He is triggered by Mozilla's ginning up its Firefox browser to echo the claim of "Concerned Internet Citizen, Malcom IA" that "without Net Neutrality big companies could censor people and perspectives online." Tracinski notes some … well, let's be charitable and call it "irony".

Mozilla is the company that, all the way back in the misty past of 2014, fired its co-founder and CEO Brendan Eich when it was revealed that he had made a small donation to a campaign to put gay marriage on the ballot in California. So he was hounded out of his job because “love wins,” or something. But by all means, Mozilla is now very concerned that corporations might try to dictate what people can think.

■ My Google LFOD alert was triggered by an article from Luke Poteat at a website called The Conservative Nut: Libertarian Party Gaining Ground as Primary Parties Lose Support.

The state of New Hampshire has become in a sense the epicenter of Libertarian activity, its state motto of “live free or die” clearly aligning with the party’s principles. The past year has seen three state representatives switching to the party, two coming from the Republicans and one from the Democrats. In a statement regarding why he chose to change, Rep. Brandon Phinney shared that he felt the Republican Party was pressuring him to push certain ideas that didn't align with his own principles. Rep. Joseph Stallcop, the Democratic convert, said that the primary parties’ goal is simply to expand government and their own agendas, ignoring the protection of the people’s rights. The Libertarian Party of New Hampshire is now gaining ground in passing legislation that aligns with their values too, hoping to soon create laws that legalize recreational marijuana and outlaw the death penalty.

Well, that's optimistic. Still, some mainstream NH pols are getting antsy about the Libertarian Menace in our state. I belatedly link to Derrick J. Freeman's longish article at Free Keene: Free State Project EXPOSED! | How Libertarians Took Over New Hampshire

On May 24 2017 I attended, “Exposing the Free State Project,” 90 minutes of slander and lies by Zandra Rice Hawkins. Hawkins is a propagandist with Granite State Progress, a political arm of the New Hampshire Democrats. She apparently missed her calling as a preacher of the fire and brimstone variety, given the fear, mistrust, and terror she attempted to sow throughout the crowd. In the end, attendees seemed rightfully doubtful of Hawkins’ spurious claims that Free Staters are wolves in sheep’s clothing, secretly plotting to dismantle every beloved societal institution they can. Instead, Free Staters were seen as open, willing to engage others on the issues that matter most to them, and find common ground where possible to make a better life for everyone.

■ A few years back, I noticed that Pun Salad was getting a lot of hits via people searching for "Jane Austen Puns". Which resulted in this article. We're no longer the first site that pops up for that search, but we're still pretty well up there.

So there's always been a soft spot for Jane here at Pun Salad. And she managed to work herself even deeper in my affection when I read this Mental Floss article: Jane Austen, Home Brewer.

When she wasn’t penning beloved novels, Jane Austen brewed her own beer. And she wasn’t the only Regency-era woman to try her hand at craft brewing, either. In fact, brewing beer was part of women’s lives for centuries, long before beer was branded as a beverage for dudes.

The article contains a recipe for spruce beer. I will probably stick with Sam Adams.