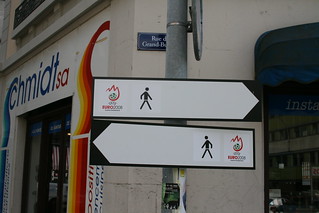 22 Listen to your father, who gave you life,
and do not despise your mother when she is old.
23 Buy the truth and do not sell it—
wisdom, instruction and insight as well.
24 The father of a righteous child has great joy;
a man who fathers a wise son rejoices in him.
25 May your father and mother rejoice;
may she who gave you birth be joyful!

OK, honor your father and mother, and all that. But that advice in the middle: "Buy the truth and do not sell it." That's a head-scratcher. Because if everyone followed that advice…

Reminds me of that Catch-22 quote (movie version): "Suppose everyone thought the same way you do." "Then I'd be a damn fool to think any different."

■ We like people that make things as simple as possible for us. And at NR, Matthew Continetti, is one of those people: The One Sentence That Explains Washington Dysfunction.

The other day Senator Pat Toomey of Pennsylvania explained why Republicans are having such trouble with health care. Speaking at a town hall during the July 4 recess, Toomey said, “I didn’t expect Donald Trump to win. I think most of my colleagues didn’t. So we didn’t expect to be in this situation.”

Continetti has the same reaction I have: "No kidding."

This not only explains why Congress is fumbling; it also explains why Trump is way behind on staffing executive agencies. He won't hire anyone who criticized him during the campaign, and that's a lot of people.

■ Released to a stunning lack of fanfare was the annual report from the Social Security Board of Trustees. Viking Pundit, however, is still paying attention, and reports the bottom line: Social Security still not fixed. Quoting the report:

The year when the combined trust fund reserves are projected to become depleted, if Congress does not act before then, is 2034 – the same as projected last year. At that time, there will be sufficient income coming in to pay 77 percent of scheduled benefits.

■ We've slagged Neil deGrasse Tyson a couple times in the past, at times lumping him in with Bill Nye the Science Guy. That's really unfair, because Neil's an actual scientist, with a PhD in astrophysics. And he's willing to buck the Progressive crowd on at least one issue. As Baylen Linnekin notes in his interview with one of the makers of the new pro-GMO food documentary Food Evolution:

[Linnekin]: How do you describe Food Evolution? Is it a pro-GMO film?

[Producer Scott Hamilton Kennedy]: Excellent question. Yeah. I go to Neil deGrasse Tyson for this answer. He gets cornered sometimes asking if he's still pro-GMO. And he says "I'm not pro-GMO. I'm pro-science." And the science currently says that all GMOs on the market are safe for ourselves and safe for the environment. The rest can be taken on a case-by-case basis.

And we might as well … sigh … be fair to Bill Nye, too. He's been on the science side of this issue, at least for a while.

■ Mark Steyn marks the twentieth anniversary of the movie Air Force One. Which was made back when it was cool to join with the Russkies to put down terrorists. (Come to think of it, I wonder if the movie occupies like 90% of President Trump's brain: what would Harrison Ford do if this was a movie?).

In Air Force One, President Harrison Ford starts by giving a speech in Moscow: "Never again will I allow our national self-interest to deter us from doing what is morally right." This line manages to be both patently absurd and unnervingly plausible: Indeed, it's all too easy to imagine Barack Obama intoning it at the UN shortly before idly standing by while ISIS beheads the entire population of Mosul, or North Korea accidentally nukes Slovenia. It sits a little more awkwardly in the mouth of Harrison Ford - and happily, by the time it's over, he's shot dead several terrorists; cunningly spoken fluent Russian to them; taught himself to fly the presidential jet and dodge MiG fighters; hung off the edge of the plane's open parachute bay, clinging on by his fingernails; hung off the edge of the parachute bay a second time, with the added complication of being locked in mortal combat with a Kazakh terrorist leader while snarling through clenched teeth, "Get. Off. My. Plane." Scoff if you must, but that line has lingered with me sufficiently that every time I see Air Force One - as in Paris a couple of days ago - it springs unbidden to my lips.

It's not quite up to par with The Fugitive, but it's up there close. Very, very close.

Which also got me thinking about Xander Berkeley. Has he ever played a good guy, save for the first two seasons of 24? (And even then, he wasn't a totally good guy until the end.)