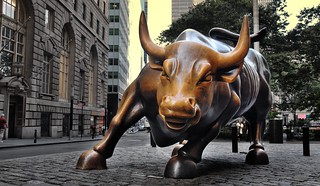 19 Listen, my son, and be wise,
and set your heart on the right path:
20 Do not join those who drink too much wine
or gorge themselves on meat,
21 for drunkards and gluttons become poor,
and drowsiness clothes them in rags.

Again, some more enlightened translations fudge "my son" into "my child" to avoid the ancient Israeli sexism.

One of the hallmarks of the “Ugly American” is the habit of thinking foreigners will understand what you’re saying if just shout it louder and louder.

The Ugly Environmentalist does something similar. He exaggerates the challenge of global warming by using ever more hysterical rhetoric, thinking that if the last doomsday prediction didn’t work, this one will.

If you have politically active Progressive friends on Facebook … sigh … you'll know what Jonah is talking about.

■ Should I be reluctant to do two @JonahNRO links in a row? Nah, what the hell. His "respectable" syndicated column is balanced nicely with this week's after-a-few-drinks style G-File: The Benefit of the Doubt Is Gone. Three guesses about the subject.

Why on God’s good Earth would you defend any of this? Since I’ve been having this ridiculous argument all week, let me skip ahead. Yes, “Crooked Hillary,” Ted Kennedy, and a host of other liberals did bad things. Whether those bad things were analogous to this is highly debatable. But let’s just concede the point for argument’s sake. Let’s also accept the president’s grotesquely cynical and false claim that pretty much anyone in politics would have done the same thing and taken the meeting. (I for one am perfectly happy to concede that Sidney Blumenthal would happily have done equally sleazy things for his Queen-master. But I have every confidence that if some shady Russian cutouts approached, say, James Baker with a similar scheme to “incriminate” Michael Dukakis, he would become a helicopter of fists.)

But here’s the thing: Who gives a dirty rat’s ass? If you spent years — like I did, by the way — insisting that the Clintons were a corrupt affront to political decency, invoking their venal actions as a moral justification for Team Trump’s actions is the rhetorical equivalent of a remake of Waterworld set entirely in the main vat of a sewage-treatment plant, i.e., the intellectual Mother of Sh*t Shows. This is a point Ben Shapiro made well earlier this week (and which I’ve been writing about for two years now). If you want to make the case that Democrats or the media are hypocrites, whataboutism is perfectly valid (and quite fun). But if you want to say that it’s fine for Trump to do things you considered legally and morally outrageous when Hillary Clinton did them, you should either concede that you believe two wrongs make a right or you should apologize for being angry about what Clinton did. And you should be prepared to have no right to complain when the next Democrat gets into power and does the same thing.

The comments are a depressing litany of insults from Trumpkins. ("The whole NR crowd wishes so much that Hillary had won." Sure they do.)

In a sense, there have always been but two political philosophies: liberty and power.

As Arnold Kling notes: "Ah, yes, the liberty-coercion axis." That resonates with me.

■ Just when you thought it was safe to write off Snopes as just another lefty-apologist "debunking" site, it comes up with The Lies of Donald Trump’s Critics, and How They Shape His Many Personas. His critics "know" that Trump can be fit into the pigeonholed "personas":

… and once you've got the pigeonholes, you can hammer just about anything into them, using:

Snopes has numerous examples of many combinations of the above. Both the Trumpkin Tribe and the victims of Trump Derangement Syndrome are sad cases. May you, and I, join neither.