… made its move too soon. 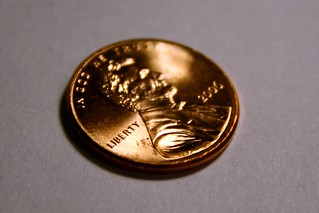 ■ Proverbs 23:12 brings us back to relatively normal good advice:

12 Apply your heart to instruction
and your ears to words of knowledge.

I can't add to that.

■ I get Cato's Letter for free, and so can you, but I liked George F. Will's leadoff article in the most recent issue: Connoisseurs of Liberty. Among his insights:

The Declaration of Independence has many luminous words, the most important of which is “secure.” All men are created equal, endowed by their creator with certain inalienable rights, and governments are instituted to secure those rights. First come rights, then comes government. Rights preexist government. This is why the first progressive president, Woodrow Wilson, urged the American people not to read the first two paragraphs of the Declaration of Independence, which he said were Fourth of July folderol.

Mr. Will, I think, refers to this 1914 speech, and this seems to be the relevant paragraph:

Have you ever read the Declaration of Independence or attended with close comprehension to the real character of it when you have heard it read? If you have, you will know that it is not a Fourth of July oration. The Declaration of Independence was a document preliminary to war. It was a vital piece of practical business, not a piece of rhetoric; and if you will pass beyond those preliminary passages which we are accustomed to quote about the rights of men and read into the heart of the document you will see that it is very express and detailed, that it consists of a series of definite specifications concerning actual public business of the day. Not the business of our day, for the matter with which it deals is past, but the business of that first revolution by which the Nation was set up, the business of 1776. Its general statements, its general declarations cannot mean anything to us unless we append to it a similar specific body of particulars as to what we consider the essential business of our own day.

Wilson's take-home point: those "preliminary passages" can be attached in justification for any particular thing the Federal Government feels like doing. For example, the just-created Federal Reserve Bank.)

■ An amusing tale of hypocrisy from Daniel J. Mitchell: Elizabeth Warren other Rich Leftists Talk the Talk, but Don’t Walk the Walk. At issue is Massachusetts' optional 5.85% income tax rate, slightly over the required top 5.2% rate.

The state of Massachusetts has a program for voluntary tax payments, but the Boston Globe revealed that Elizabeth Warren somehow couldn’t bring herself to cough up additional money to finance bigger government.

The linked Globe story quotes Senator Warren's campaign as saying the debate “not about funding government through voluntary contributions...but about our values.”

And her values are: demand that others cough up more money to government.

■ At Reason, Ira Stoll responds to a WSJ op-ed from David Chavern of something called the "News Media Alliance". His summary: Newspaper Publishers Want Congress to Bail Them Out of Bad Investments

It's the sort of brazen move that might ordinarily trigger a front-page news story or an outraged editorial—a bunch of very rich individuals asking Congress to write them a law that would give them better negotiating power against other rich individuals.

Yet in this case, the rich individuals wanting special treatment are the newspaper owners themselves. The Washington Post owner Jeff Bezos (worth $83.9 billion, according to the Bloomberg Billionaire's Index), The New York Times largest shareholder Carlos Slim (worth $61.1 billion), and Buffalo News owner Warren Buffett ($76.9 billion), publicly pleading poverty, are asking Congress for a helping hand in their negotiations with Google, controlled by Sergey Brin ($45.6 billion) and Larry Page ($46.8 billion).

The idea is to allow the news media an exemption from anti-trust laws, allowing them to act in concert to negotiate with Google and Facebook. Stoll points out that it's not a good idea to carve out a special legislative exemption for a single industry.

If publishers want to permit competing suppliers to negotiate prices and terms on a cooperative basis, then let them support changing the law to allow it in every industry, without special treatment for journalistic enterprises.

■ A long and detailed discussion from Ilya Somin of Nancy MacLean's thesis in her recent taxpayer-funded libertarian-trashing book: Who wants to put democracy in chains? As it turns out, nearly everybody wants some chains.

On one issue, however, she is largely correct: it is indeed true that libertarians want to impose tight limits on the power of democratic majorities. Calling this agenda a “stealth plan” is, of course, ridiculous. It is much like saying that pro-lifers have a “stealth plan” to restrict abortion, or that Bernie Sanders has a secret agenda to expand government control over the economy. Skepticism about the power of democratic majorities has been a central – and completely open – feature of classical liberal and libertarian thought for centuries. Most of the Founding Fathers, John Stuart Mill, Alexis de Tocqueville, and many others held such views. It was Thomas Jefferson, writing in protest of the Alien and Sedition Acts, not James Buchanan and the Koch brothers (the central villains of MacLean’s story), who wrote that “[i]n questions of power,… let no more be heard of confidence in man, but bind him down from mischief by the chains of the Constitution.”

Of course, as a good, predictable, Progressive, Prof MacLean interprets any and all disagreement with her agenda as an effort by the Oppressors to keep Oppressing the Oppressed. Couldn't be anything else.

■ Mark Steyn detects Lutey Tunes in the Progressive rants against Trump's Warsaw speech. In reference to Jonathan Capehart's charge that the speech was filled with "white-nationalist dog whistles", James Taranto is quoted:

The thing we adore about these dog-whistle kerfuffles is that the people who react to the whistle always assume it's intended for somebody else. The whole point of the metaphor is that if you can hear the whistle, you're the dog.

I kind of miss Taranto's "Best of the Web Today" columns at the WSJ, but he's moved on to (I hope) better things.

In yet another blow to the Jewish People, UNESCO has declared Katz’s Delicatessen, a well-known Jewish, kosher-style establishment, a Palestinian world heritage site.

I hasten to say: I get it, it's satire. But I clicked through to the deli's site, and now I'm very hungry.