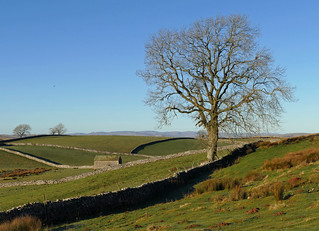 ■ We are back to the dinner-table advice in Proverbs 23:6-8. And it's disgusting:

6 Do not eat the food of a begrudging host,
do not crave his delicacies;
7 for he is the kind of person
who is always thinking about the cost.
“Eat and drink,” he says to you,
but his heart is not with you.
8 You will vomit up the little you have eaten
and will have wasted your compliments.

Maybe it's a metaphor for something else? If so, I can't see it.

■ But, hey, maybe the "begrudging host" is CNN, and the delicacy-craver is "HanAssholeSolo," the Redditor who came up with the CNN-lampooning meme tweeted by President Trump, and…

No, that doesn't really work. But at Reason, David Harsanyi outlines What CNN's Threat to Dox a Redditor Tells Us About the State of Journalism

If you're going to create nasty memes to get attention, demand people give you credit for those memes and celebrate when the president of the United States shares one with his roughly 33 million followers, I have no sympathy for you. You're not a martyr for the cause of free expression. There was a time when anonymity allowed Americans with unpopular or unconventional beliefs to make their arguments without fear of retribution. Today, the internet has created an environment that incentivizes people to create detestable messages meant to troll and harass.

Then again, this story isn't really about online harassment or the Reddit user "HanA**holeSolo," who has taken credit for the creation a GIF of President Trump body-slamming a wrestler—which I feel the need to reiterate is fake violence—with a CNN logo imposed on his face. The story itself means little. This is about how places like CNN function these days: how it overreacts to everything the president does, how many of today's newsrooms give some people a pass and destroy others.

I'd boycott CNN and Reddit, except that I never watch CNN, and I never go to Reddit.

■ @JonahNRO's G-File this week is In Defense of Western Civ! And it needs it! Because of the reaction of some progressives to Donald Trump's recent speech in Warsaw.

We’ve reached a pathetic and dangerous point in our culture where anyone who celebrates our traditional culture, our country, and, now, our civilization must be doing so for base and evil reasons (see Rod Dreher for more on this). Today, all other cultures must be celebrated while every ill is blamed on us. This is, to borrow a phrase from social science, garbage thinking. Slavery is a human universal, appearing in every culture around the world. What makes the West unique is not that we had slavery, but that we put an end to it because it was not compatible with our values. The same goes for nearly every charge in the indictment against the West, from racism and misogyny to imperialism and war.

Not that it matters, but I was reading Arnold Kling's recent book The Three Languages of Politics concurrently with all the discussion, pro and con, about Trump's Warsaw speech. Which turned out to be a perfect illustration of Kling's thesis: our political "tribes" ostensibly speak English, but effectively speak in mutually incomprehensible gibberish, because they (by which I mean "we") start from incompatible heuristic frameworks. If you're interested in my take on the book, it's hot off the presses here.

■ And yet another LTE triggered by my Google LFOD alert, this one from Sherman Pridham of Stratham, who is Questioning the integrity of the president’s Commission on Voter Integrity

Let’s change our state motto from “Live Free or Die” to something like “OK, Whatever!” That seems to be the attitude of our state leaders when it comes to delivering information, including personal data like the last four digits of our Social Security number, to a group of guys President Trump has cobbled together calling them the “Commission on Voter Integrity.” Depending on who you read or listen to, the commission is charged with giving people more confidence in their election process, distracting attention from the investigation(s) into Russia’s role in our 2016 election, a plot to gather personal information on voters, combining it with other data bases and using it for political purposes, all of the above and much more. The commission is chaired by Kris Kobach who is known for his efforts to impede voter registration streamlining.

I, for one, would allow Progressives like Sherman to order alternative-motto New Hampshire license plates.

There you go, Sherman.

It's about the nature of political disagreement, which, when you come to think of it, is damned odd. We humans confront the same facts about reality, with more or less the same brains, and yet come to no agreement on the best course of collective action (or inaction). Or, specifically, our agreement is limited to the fellow members of our political "tribe". Our efforts at convincing different-thinkers are nearly always in vain. Each tribe is convinced of its own moral superiority.

It's all fun and games until someone brings a rifle to softball practice.

Kling considers the three major political tribes of American politics: Progressives, Conservatives, and Libertarians. He argues that, although they are ostensibly all speaking English, they're actually talking in mutually incomprehensible languages, starting from different "dominant heuristics". Your dominant heuristic governs how any particular situation or fact is perceived, measured against your one-dimensional scale (or, as Klein says, "axis") of political value.

So (for example), the health care issue. Libertarians despise Obamacare because it reflects unacceptable coercion in its taxes, mandates, forced subsidies, and increased regulation. Conservatives hate it because it erodes the civilizational pillars of responsibility and prudence. Progressives think that it's great, since it helps an "oppressed" class, those not rich or fortunate enough to have insurance.

For this new edition, Kling analyzes the Trump phenomenon, something neither he nor just about anyone else saw coming a few years back. He speculates that Trumpkins might be speaking a fourth language, measuring their facts against a "bourgeois bohemian" ("bobo") axis. You're either a sophisticated bobo ("more comfortable in Prague than Peoria") or a salt-of-the-earth other-countries-suck American.

Not that I've thought about it much, but I think adding a fourth axis isn't that necessary. Trump appeals to the white working class in Progressive oppressor/oppressed language, urging that they see themselves as oppressed. At the same time, he appeals to the Conservative civilization/barbarism axis. Yes, this appeal falls on a lot of deaf ears in both camps. But it's still there.

As it happens, I was reading this book when there was a lot of discussion of Trump's "Western Civilization" speech in Warsaw. It was an unfiltered and (mostly) eloquent appeal to the Conservative civilization/barbarism axis, and (unsuprisingly, and correctly) the Conservatives unanimously cheered the speech. On his blog, Kling noticed this as well. As I said in a comment there: it's almost as if he assigned me homework.

Equally as predictable, Progressives reacted with shock and horror to the speech. The WaPo's Jonathan Capehart could hear nothing in the Western Civ defense except for (oppressor/oppressed) "white-nationalist dog whistles". The American Conservative's Rod Dreher catalogs a number of other Progressive reactions and concludes: "yes, they really do despise their civilization". You couldn't ask for a better demonstration of Kling's thesis.

As I said, it's a short book, but that's because Kling doesn't blather a lot. There's a lot of concentrated food for thought here. He urges us to at least try to understand (if not agree with) where our political opponents are coming from. One intriguing chapter is devoted to the "Ideological Turing Test": could you make an argument as if you were a member of an opposing tribe, in such a way that you could convince members of that tribe that you were "one of them"?