Amnesia? Psssh. I think I would remember having amnesia! 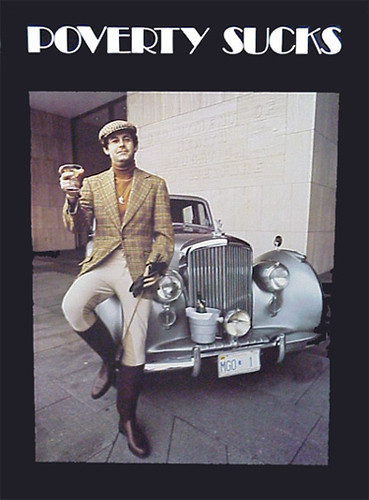 4 Do not wear yourself out to get rich;
do not trust your own cleverness.
5 Cast but a glance at riches, and they are gone,
for they will surely sprout wings
and fly off to the sky like an eagle.

So: be lazy, and don't pay any attention to your financial position? Hm. My advice would be to ignore this advice and instead buy a copy of Dave Ramsey's Total Money Makeover instead.

■ @kevinNR looks at Trump’s Nuclear Non-Policy, and he's not a fan:

The upside of having Donald Trump as commander in chief is that he is a coward, and the downside is that he is a fool. His instinct will be to pursue the least-risky course of action, which may be prudent, but he is so willfully ignorant that he cannot possibly understand the risks associated with the channels of action open to him, including the risks of inaction.

Although I'm a Williamson fan, what's missing from his article is: what Trump should do instead. (I admit to being stumped myself.)

■ Kevin's colleague, @JonahNRO has some thoughts, inspired by President Trump's Poland speech: The Dangers of Arrogant Ignorance. And (somewhat of a surprise) he's not referring to Trump! Wisdom:

It is a common human foible to think you know more than you do and to assume that when someone, particularly someone you don’t like, says something you don’t understand that the fault must be in the speaker, not the listener. “It’s a universal law — intolerance is the first sign of an inadequate education,” observed Alexander Solzhenitsyn. “An ill-educated person behaves with arrogant impatience, whereas truly profound education breeds humility.”

President Trump isn't a cause of our "political polarization […] fueled by plain old ignorance"; he's a symptom.

■ Oh well, let's move on to Wired's Rhett Allain, who examines that great lecture demo: The Physics of Almost Whacking Someone With a Bowling Ball. He's inspired by a show on one of those ephemeral cable networks called Outrageous Acts of Danger.

One recent episode riffed on the classic physics demo in which you hang a heavy ball (bowling balls are common) on a wire and release it near someone's head. The ball swings away in an arc and returns, barely missing the person's face. It helps people understand a harmonic oscillator and conservation of energy (and maybe scares them just a little, too.). The guys at Outrageous Acts of Danger did it with a one-ton ball because a one-ton ball is pretty outrageous. But the physics are the same.

■ My Google LFOD alert got a workout. First up is LTE-writer Suzana Mihajlica of Portsmouth NH, who thinks Secretary of State Bill Gardner should deny Kobach. (The reference is to Kris Kobach's request for states to provide "publicly available" voter registration data to his commission on election integrity.)

Kobach’s commission embarks on this crusade with shady intentions and justifies it with debunked and dangerous lies. I certainly do not want them to have any data on me. As a fellow resident of the Live Free or Die state, I would hope our Secretary of State, Bill Gardner, would understand my misgivings.

Fine. But somehow I think Suzana would be just fine with states passing along their data on (say) gun ownership and licensing to the Feds.

■ The Toledo [Ohio] Blade considers A baker’s free speech to include the right to not bake a cake for a gay wedding. And remembers relevant precedents:

The Free Speech Clause prohibits the government from forcing people to affirm a message officials choose for them. The Supreme Court has ruled that schoolchildren may not be forced to say the Pledge of Allegiance, and drivers may not be forced to display license plates that say “Live Free or Die.” The pledge and that motto may be laudable messages, but Americans are free to decide they do not agree. Similarly here: The government has no right to force Mr. Phillips to agree with the Supreme Court, to think the “right” thoughts, or to bake a cake for someone he does not wish to bake it for.

■ And finally an unexpected link to a UK publication called The List which looks at (I am not making this up): The best Scottish music from June 2017.

Orchestra number three on the list is the Tinderbox Orchestra, whose fiercely inclusive approach to workshopping with young talent and bringing in a rich palette of international sounds has informed their debut album, Tinderbox (●●●). It's a confident and diverse collection, although by its very nature it throws up some more successful experiments than others: 'Quetzalcoatl', for example, capably fuses a meaty, retro jazz-funk groove with a pastoral mix of flute and wordless choral singing, while the Black Diamond Express-featuring 'Live Free or Die' is an anthem which surges on strings, horns and an upbeat quality which does a good impersonation of Coldplay. While elements of Balkan and Scottish folk styles add richness, however, there's a rawness and a certain underdevelopment of some songs which suggests a group still getting to grips with their huge potential.

Yes, our state's motto has invaded Scotland. You can get the song as an MP3 at Amazon, which will set you back a cool 89¢. (You can also hear a thirty-second excerpt.)