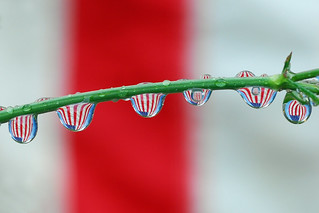 28 Do not testify against your neighbor without cause—
would you use your lips to mislead?

I'm sorry, Proverbialist, but didn't we already cover this in the Ninth Commandment?

■ This is a looong Fourth of July weekend, I think it started about the middle of last week. George F. Will has a holiday-relevant column, discussing a new Philadelphia museum dedicated to The Scars of Our Nation’s Violent Birth

Some American history museums belabor visitors with this message: You shall know the truth and it shall make you feel ashamed of, but oh-so-superior to, your wretched ancestors. The new Museum of the American Revolution is better than that. Located near Independence Hall, it celebrates the luminous ideas affirmed there 241 Julys ago, but it does not flinch from this fact: The war that began at Lexington and Concord 14 months before the Declaration of Independence was America’s first civil war. And it had all the messiness and nastiness that always accompany protracted fratricide.

We're here because they were there.

■ You may have been wondering: Why is socialism back? At RealClearPolitics Joel Kotkin will tell you: Why Socialism Is Back. One symptom: the popularity of far-left pols like Bernie Sanders and Jeremy Corbyn in the UK.

The “Bernie Bros” who made Sanders such a sudden and unlikely political force in 2016 were disproportionately young white voters who swelled the ranks of the precariat -- part-time, conditional workers. The numbers of such people is destined to grow with the emerging “gig economy” and the digitization of retail, which could cost millions of working-class jobs. Even university lecturers in Britain, notes the Guardian, fear that their jobs will be “Uber-ised,” a phenomena also seen at American universities.

I'm not sure I agree with everything Kotkin says, but it's an interesting take on current trends. Would that we had a President and party that were interested in effectively reviving entrepreneurship-driven prosperity.

■ Along with California, Minnesota seems to be on the leading edge of our country's drift into Nice Socialism. Nice, unless you're misbehaving in some way. Then, as Ilya Shapiro and Thomas Berry note at Cato, it's Minnesota Not-Nice

The First Amendment right to free speech extends far beyond just verbal expression. Some of the most iconic First Amendment cases have concerned the right to make silent but powerful statements, such as wearing a black armband to protest a war, Tinker v. Des Moines (1969), or an impolite shirt to protest the draft, Cohen v. California (1971). As these cases have recognized, what we choose to wear often plays an important role in how we express ourselves.

But in Minnesota, such personal expression has been unjustifiably prohibited. The state completely bans the wearing of any “political badge, political button, or other political insignia” in or around the polling place on election day. When several Minnesota citizens attempted to vote wearing clothes expressing support for the Tea Party movement or buttons reading “Please I.D. Me,” they were told that such apparel violated the law. They sued to overturn the law, but their challenge has twice been rejected by the U.S. Court of Appeals for the Eighth Circuit.

That could never happen in New Hampshire, home of Live Free or Die, right?

The [New Hampshire] secretary of state’s office is suggesting moderators have a poncho on hand for Election Day, and not to protect against the weather.

A new state law prohibits people from wearing campaign pins, stickers or clothing inside polling places. Offenders could face a fine of up to $1,000 under the statute, though it’s not clear how strictly the new measure will be enforced.

■ Not very recent, but in case you missed it, here's Jonathan V. Last's Weekly Standard interview with Camille Paglia: On Trump, Democrats, Transgenderism, and Islamist Terror. It's a wide-ranging discussion with the Bernie Sanders/Jill Stein voter who (nevertheless) manages to defy pigeonholing. Example:

It is certainly ironic how liberals who posture as defenders of science when it comes to global warming (a sentimental myth unsupported by evidence) flee all reference to biology when it comes to gender. Biology has been programmatically excluded from women's studies and gender studies programs for almost 50 years now. Thus very few current gender studies professors and theorists, here and abroad, are intellectually or scientifically prepared to teach their subjects.

The cold biological truth is that sex changes are impossible. Every single cell of the human body remains coded with one's birth gender for life. Intersex ambiguities can occur, but they are developmental anomalies that represent a tiny proportion of all human births.

You can get into serious trouble saying that at many universities.

An R-rated swan song to Logan/Wolverine and Professor Xavier, at least in their Hugh Jackman/Patrick Stewart incarnations. As I type, the IMDB raters have it pegged as #144 of the best movies of all time, and I can't go quite that far.

It's the year 2029, and all the mutants have been killed, captured, or driven way underground. And (at least Logan believes) there have been no new mutants born for years. Logan works as a limo driver, and takes care of Professor X, who's safely hidden away in a bleak industrial landscape. Prof X is succumbing to the ravages of age, which in his case means the occasional mindstorm, laying telekinetic/psychic waste to people and objects in the area.

Enter nurse Gabriela, who's got a young mute child, Laura, in tow. Would Logan and Charles mind taking her up to North Dakota? Unsurprisingly, Laura is being murderously pursued by an Evil Corporation; this puts Logan and Charles in their sights as well. She's eventually revealed to be Logan's "daughter", although that's not through traditional baby-making processes.

As I said, it's rated R, and that's for "strong brutal violence and language throughout, and for brief nudity." Among other things, the damage done by Logan's claws is the explicit version of what was only hinted at in the PG-13 movies. More generally, the bloodshed is graphic and unremitting. And the movie doesn't have any compunction about killing off sympathetic characters.