… also, an even finer line between clever and obnoxious.

Hey, I liked it as much as Netflix thought I would! Win!

Although, I'm not sure if it's possible to make a bad Jennifer Lawrence movie.

I'll try to avoid spoilers, but if you've seen previews, you kind of know what's going to happen. The setup is: interstellar spacecraft Avalon is on a 120-year voyage to Homestead 2. Everyone's asleep, due to wake up a few months before arrival. But something goes badly wrong when Avalon is unable to evade some nasty space rocks. Symptoms involve Jim (Chris Pratt) waking up early—90 years early—to find himself the only one awake.

If you have seen the previews, you know that (eventually) JLaw's character, Aurora Lane, wakes up too. And there's a wacky, friendly, android bartender. And there's deadly peril, explosions, EVAs, and pulse-pounding action.

But this turns out not to be the insane CGI-effects-driven big movie that the previews seem to promise. Instead, it's a small movie inside all that hoopla, about loneliness, ethics, courage, and forgiveness.

There are some who despise this movie, but I think they're either not paying attention, or they would have written it differently to adhere to their own ideologies. 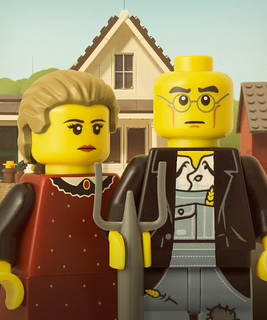 27 Put your outdoor work in order
and get your fields ready;
after that, build your house.

I'm not sure if that was good advice even back in ancient Israel, and in any case I'm glad my house was built first.

Just a reminder about the status of freedom in China from Freedom House's latest report; it's bad and getting worse:

Hey, but they're in the Paris Climate Accord, so it's all groovy with California.

■ Ronald Bailey has good advice at Reason: Go Ahead, Put Salt on Your Food

"Salt," an unknown wit once said, "is what makes things taste bad when it isn't in them." In that sense, government nutrition nannies have spent decades urging Americans to make their food taste bad.

In June 2016, the Food and Drug Administration (FDA) issued proposed guidelines to the food industry to reduce the amount of sodium in many prepared foods. The agency, noting that the average American eats about 3,400 mg of sodium daily, wants to cut that back to only 2,300 mg. That is basically the amount of sodium in one teaspoon of salt. The Centers for Disease Control and Prevention (CDC) similarly advises that "most Americans should consume less sodium" because "excess sodium can increase your blood pressure and your risk for a heart disease and stroke."

There's one problem: Evidence has been gathering for years that government salt consumption guidelines might well kill more people than they save.

I will confess that I really want this to be true, so take that bit of confirmation bias into account.

■ Steve Horwitz at Bleeding Heart Libertarians has yet another complaint about a recent book produced in part by government-funded "research": The Butcher with a Smile – More Mangling from Nancy MacLean. Horwitz looks at MacLean's claim that James Buchanan and co-author Gordon Tullock (in The Calculus of Consent) asserted that the 'nation’s decision-making rules were closer to “the ‘ideal’ in 1900 than in 1960.”'

Horwitz looks at the actual text and concludes (by now, you should see this coming):

The point at issue is that claiming that Buchanan wants to go back to what he saw as the “ideal” constitution of 1900 is simply false. [MacLean] has waded into a much more complex and nuanced discussion that she has reduced to a simplistic falsehood.

It confirms one of the most trenchant criticisms of the book: she does not understand Buchanan’s system of thought. She cannot parse the context and meaning of his arguments, and given her fervor to counter the Trump presidency and the connection to Buchanan and libertarianism she imagines it has, she reads into Buchanan exactly what she imagined and hoped would be there. The problem is that it’s just not there.

I'll add that Horwitz's quote from The Calculus of Consent doesn't win any sparkling-prose awards. It's ponderous and dense, and requires serious skull-sweat to follow. But MacLean didn't.

■ "Hey, did you see that New Fidget Spinners Are Catching On Fire?"

Yeah, man, they're totally cool, and cheaper too!"

"No, dude, I mean they are literally on fire."

"I know, man, they are most thoroughly en fuego!"